From May to October, between Saint-Édouard and Saint-Jean-sur-Richelieu, the landscape is stunning: you can see the hills in the distance, trees in all their glory and beautiful cows moving freely across the green fields. Twice a day, Marie-Pier Gosselin guides her herd to be milked in a bright and boldly designed barn. For the farmer, there is no place she is more attached to: "I feel at home here. I'm proud of this piece of land!” Marie-Pier has added her personal touch to the project of her parents, Daniel and Suzanne, founders of the Au Gré des Champs cheese factory, by emphasizing better care for animals and nature.

The young grower has been a shareholder of the family business since 2017, as has her sister Virginie, and both grew up watching their parents develop the company. "Our father took over his father's farm in 1989. It was the time of industrialization and the development of large equipment. Things were moving quite a lot. My parents were against the tide," says Marie-Pier. In 1995, they started the process of obtaining organic certification - they were pioneers in the field. However, their milk was mixed with non-organic milk in the trucks, which didn't reward their efforts." So Daniel and Suzanne thought of a way to add value to their organic milk and make it profitable. They took cheese-making courses in France and Quebec, and in 2000, they built their own cheese factory. 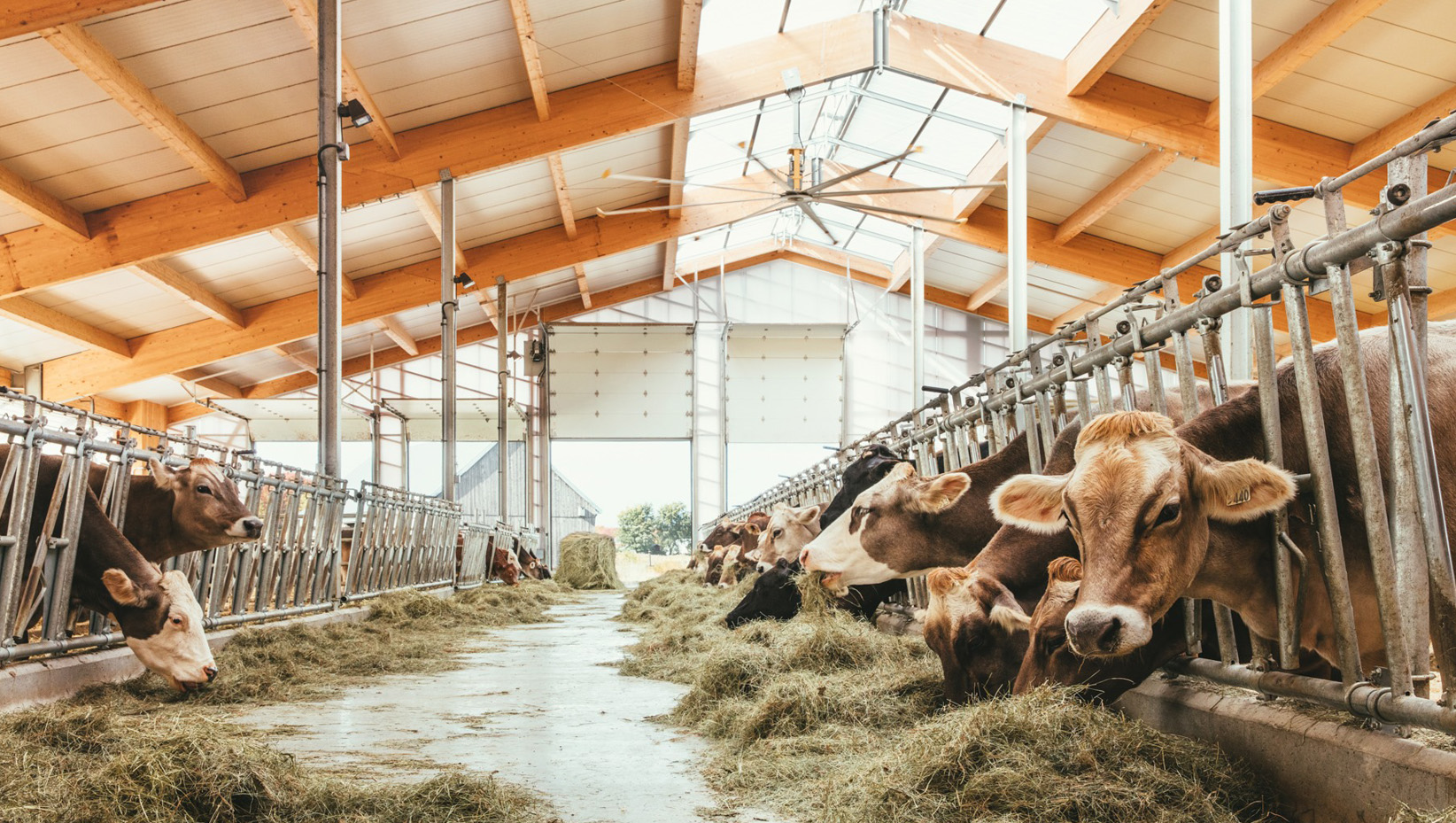 Au Gré des Champs offers fine cheeses made from raw milk, which is quite rare in Quebec. The cows feed on a mixture of plants carefully selected to give the milk a taste that reflects the beautiful landscape. The idea is to give the cheeses typical flavors of the local terroir, hence the name of the cheese factory. "As we have about 40 milking cows, we have good control over our raw material, and we only use the milk from the day's milking to make cheese. Our milk is always fresh and we transform it as little as possible - it is not pasteurized," explains Marie-Pier. Suzanne is the chief artisan of the cheeses. Yet she doesn't really like her daughter referring to her as a "master cheesemaker" because she believes that it takes a lifetime to know the art. The humble cheesemaker has nevertheless won a Laurier de la gastronomie québécoise in 2019, and her cheeses have also won Caseus awards.

The support of Marie-Pier's parents was a determining factor in her decision to begin farming with them: "I wanted our cows to express their natural behavior. They are herd animals. They need space, fresh air, fresh water and to be together to interact as much as possible. I had in mind a project for a new farm building that would offer more comfort to our animals by giving them free access to the pasture." Marie-Pier and her parents worked with SHED architecture to conceptualize the new barn. They all thought about a building that would be sustainable, user-friendly, comfortable for both humans and animals, and that would blend in perfectly with the landscape.

“We like to take our time and we don't strive for growth. We prefer to improve ourselves from within. We farm in all humility, working with our hands, without robotic machines, at the rhythm of the seasons.” 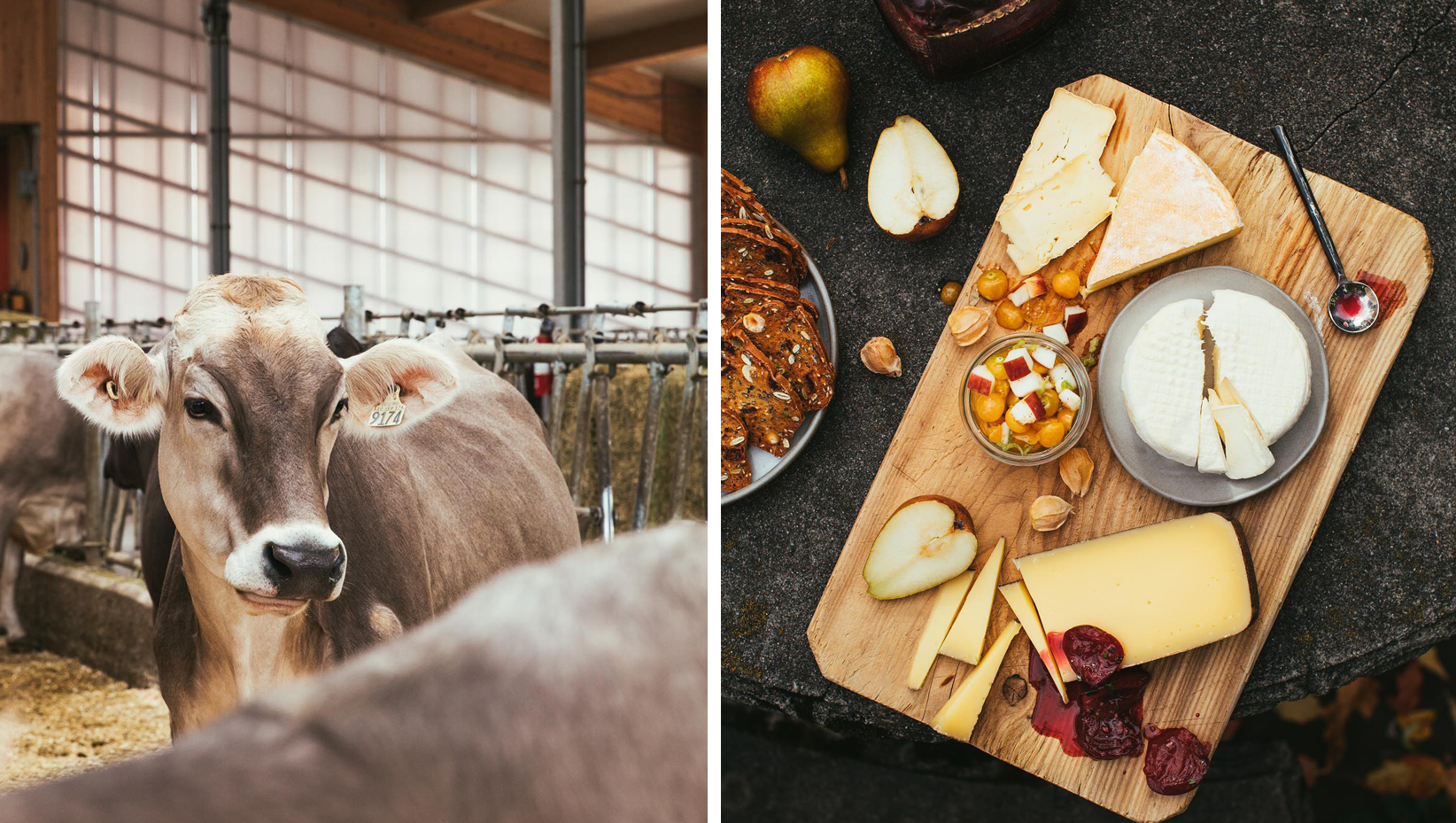 The result is an unmatched building (which won an award for architectural excellence, among other things): a huge, natural wood-framed barn with transparent facades that allow for natural light. Inside, there are large solid wood beams, eastern hemlock siding and plenty of space for the beautiful brunettes. The barn is also very well ventilated. During the day, workers and cows enjoy the benefits of light, and at night, if the cows look up, they can see the star-filled sky. The Gosselin family has given this project a long-term perspective," says Marie-Pier. "We want to do things right, we want to pass on a viable business and a built heritage for future generations.” 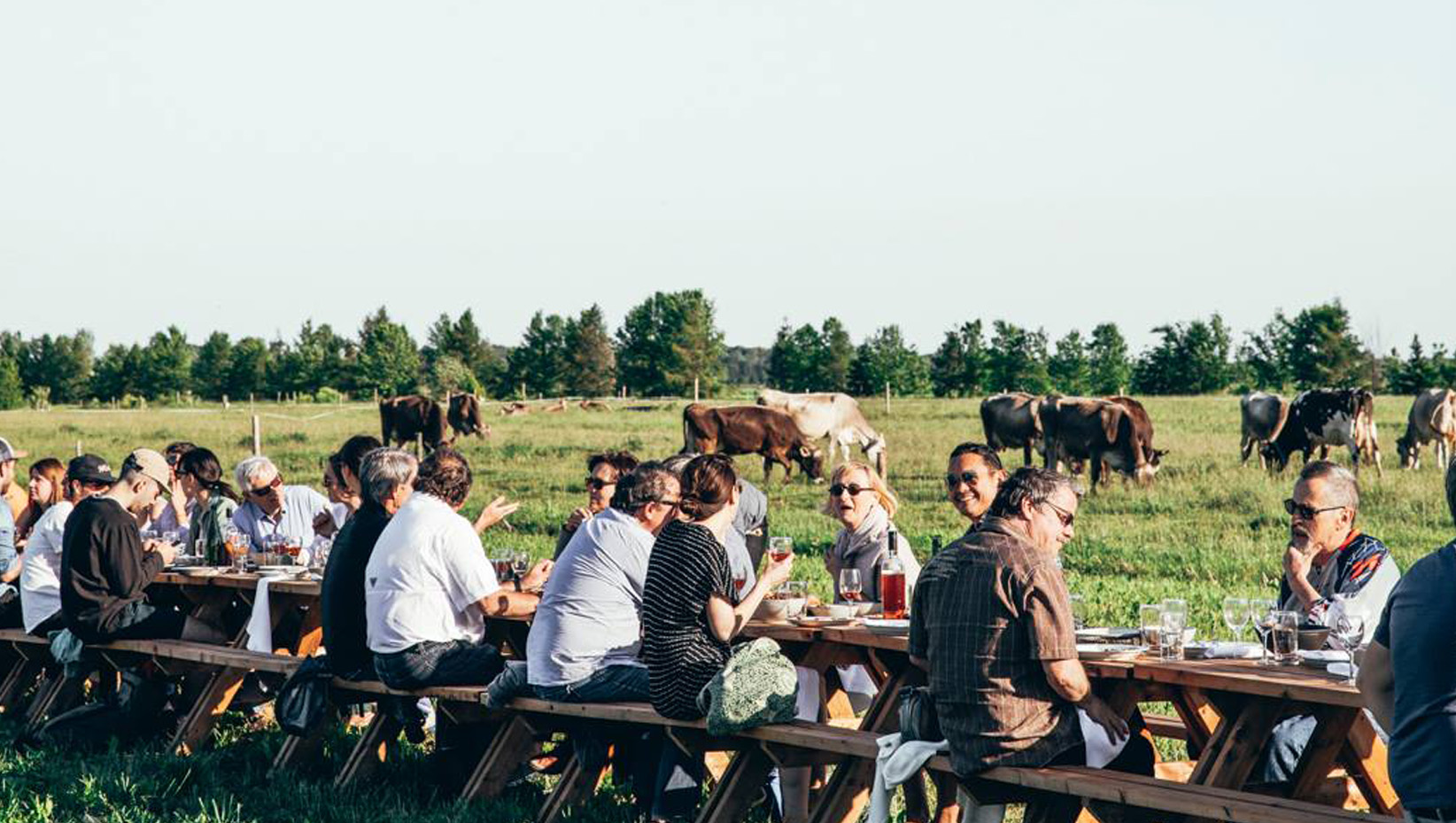