In Conversation with the Artist Behind the 4th Magazine Cover

We traveled to New Brunswick to meet Alexandre L’Heureux, a father of three, passionate artist, and vegetable grower. Mostly self-taught, Alex has practiced his love of art through many mediums including painting, sketching, and carving.

Why do you do what you do? How did you get into art?

For me, it’s all about the friendships that art has given me. As weird as it sounds, I made several of my closest friends simply because I could draw. We lived on a sailboat when I was young where we would spend several days traveling at sea, hopping from island to island. Then when in second grade and living in Florida, instead of going to recess with everyone my age, my teachers would encourage me and send me to the sixth-grade art class.
So for the first time, and for almost an entire decade, I stopped drawing completely. Right around the time I started salmon fishing in New Brunswick, a friend of mine asked me if I could draw him a salmon fly for an upcoming fly fishing show. I had just gotten my tonsils removed and I couldn’t do much aside from laying on the couch, and so I agreed to do the drawing. The next day, my friend informed me that he had sold every single copy of my drawing! On that very same day, I also met two of my closest friends. It was this event and meeting these new individuals that got me to start drawing again and made me realize that meeting good people is what really motivates me as an artist. 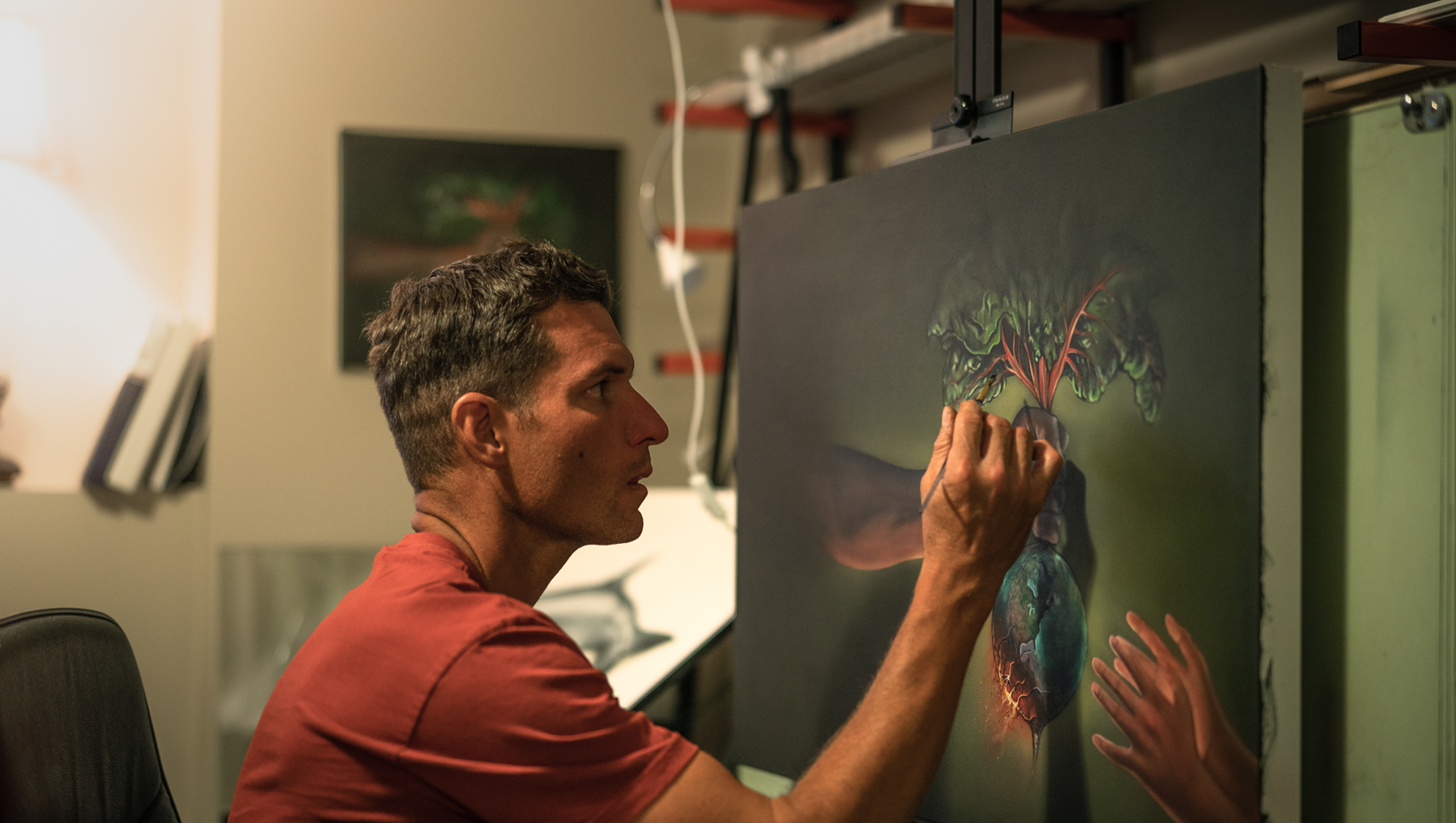 What do you think regenerative and small-scale agriculture can bring to the world?

With the effects of deforestation, pesticides, GMOs, climate change, etc., I believe that we are on the verge of experiencing even more environmental issues directly related to what is happening with our soils. It’s said that we are at the point of no return when it comes to our soils, and that in 60 years there might not be anything left to support the growing of food. I could care less about my life, as I won’t be around to see the world crumble if it comes to that, but I do care about the future of my kids, and that of my future grandchildren. I don’t want them to suffer, and it scares me to think of what they might be facing in the not-so distant future. I want to do my part, for my family and for my community. I think if everyone focused on at least that much, the collective result would have a worldwide impact. When you farm small, you make sure to feed the soil so that in turn, it will feed us. 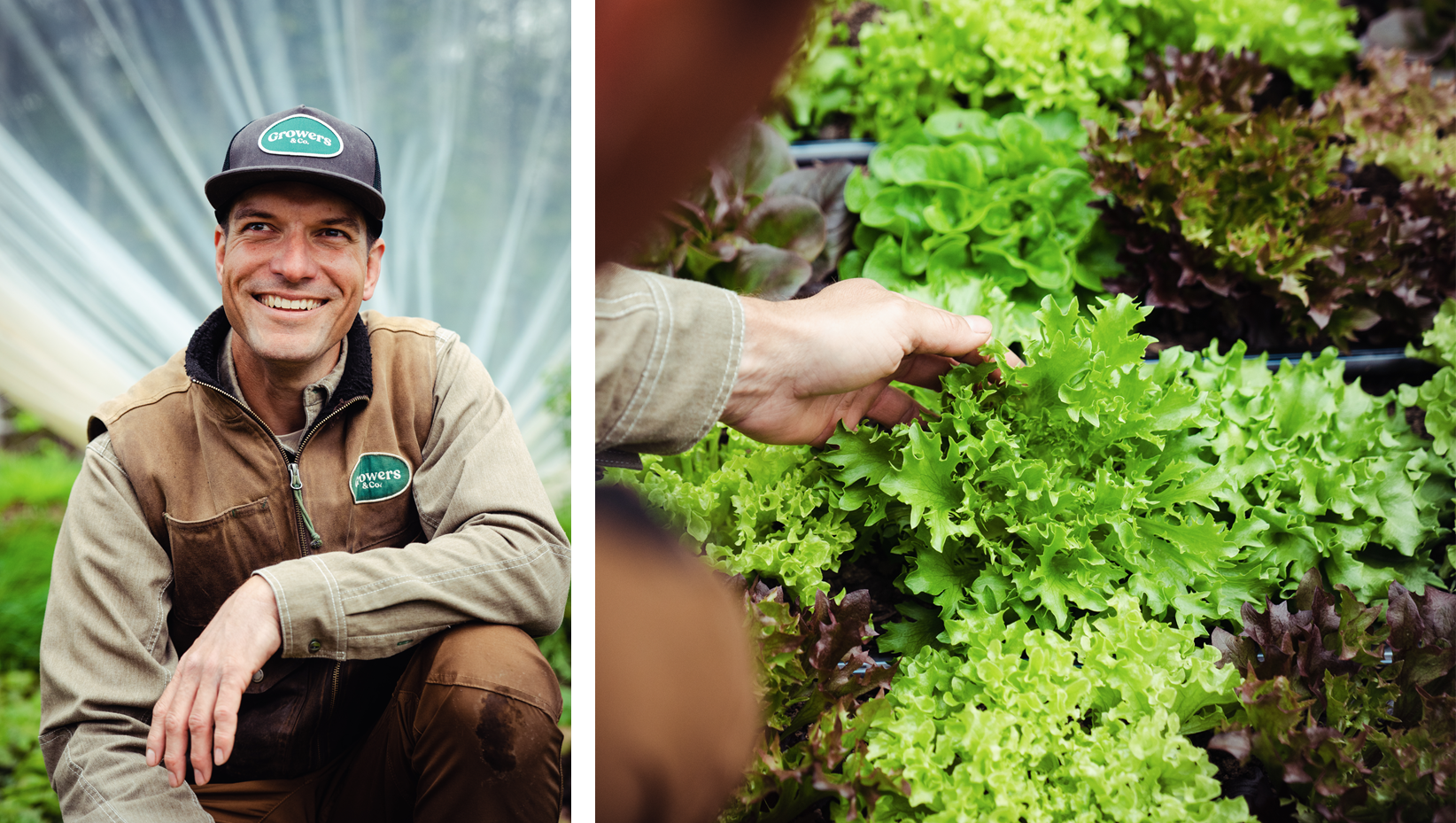 What inspired you to create this specific piece for the cover?

When Growers & Co. first launched, I was just getting into farming myself and didn’t have the knowledge I now have on the different environmental issues we face. I was having a hard time at work and was questioning if I wanted to still be a police officer. My wife, in hopes that it would spark some form of hobby that would get me off the couch, gave me a book to read. So I quit my day job and started to tear my yard apart, tearing out grass and replacing it with rows. Then one day a few years ago, as I was cutting trees in my backyard to enlarge the garden, I received a text on my phone. It was JM! He asked if I could make a drawing related to growing for a magazine they were about to launch. I had no idea what it was for at the time, and I completely missed the point until the first edition of Growers & Co. came out. Then last year, I was approached again to do the cover for the next edition of the magazine. This time, I knew exactly what idea I wanted to present; it would be a painting that explored the theme and meaning of The Vegetable of Life. I imagined it having swiss chard leaves and resembling planet Earth. I imagined it having an impact and really pushing the person observing the painting to think about what type of future they want for their children and for the planet.