As the Quebec-based organic honey producer celebrates its 20th anniversary, Miels d’Anicet proves that when life gives you honey, you make the most of it. 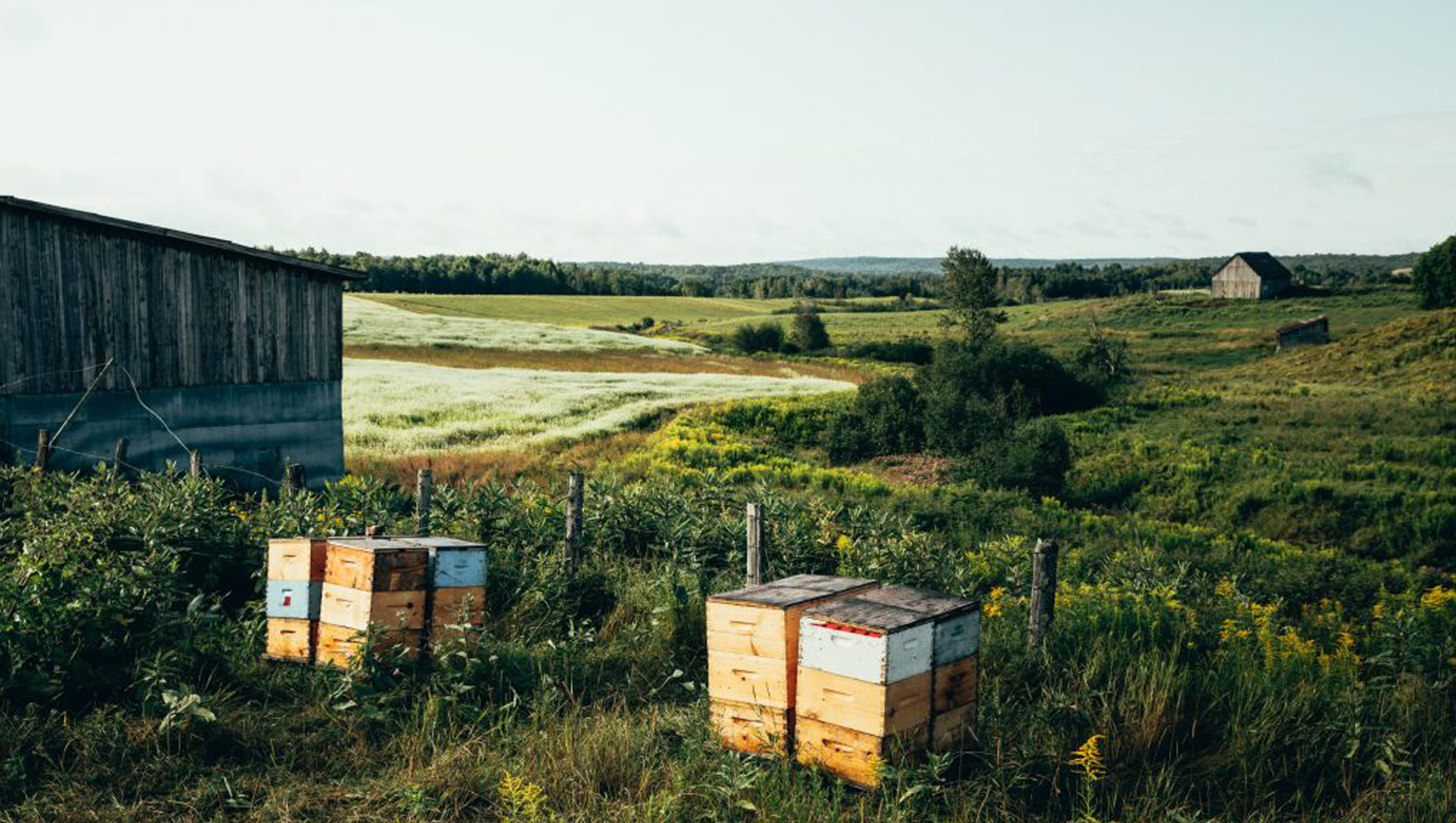 Last June, as Anicet Desrochers was preparing to harvest his first batch of spring honey, a rich, creamy nectar with warm herbal notes, he noticed something unusual. The production was down by 15 %.

“In my 20-year career as a beekeeper, this is the first time I’ve really noticed that kind of pressure on the biotope.” The bee’s biotope (or habitat) is made up of flowering plants that secrete nectar and pollen, which the bees need to produce honey. But when those plants are faced with climate change-induced droughts, heat waves, frost and cold spells, they go into protection mode and stop producing nectar or pollen, resulting in lower yields of honey. “We used to know how many kilos of honey we would get out of each hive, but now we have no idea,” says the company’s co-owner and Anicet’s partner, Anne-Virginie Schmidt.

“We’re always being pushed to produce more with our bees because we operate responsibly, says Anicet. But maybe we need to take a step back.’’

The impact of climate change on bees is nothing new. In the 2010 documentary “The Ailing Queen,” Anicet talked about the collapse of bee colonies around the world. Since then, things have only gotten worse. Over the last few decades, Quebec’s agri- cultural landscape has been reshaped by large-scale monoculture operations growing mostly corn and soy. This change has trans- lated into a sharp decline in the province’s biodiversity—and the bees’ pantry—resulting in Miels d’Anicet’s diminished 2020 honey harvest. Due to these circumstances, it has remained important for the couple to innovate and apply exceptional care to their colonies, an effort they’ve maintained since their inception. 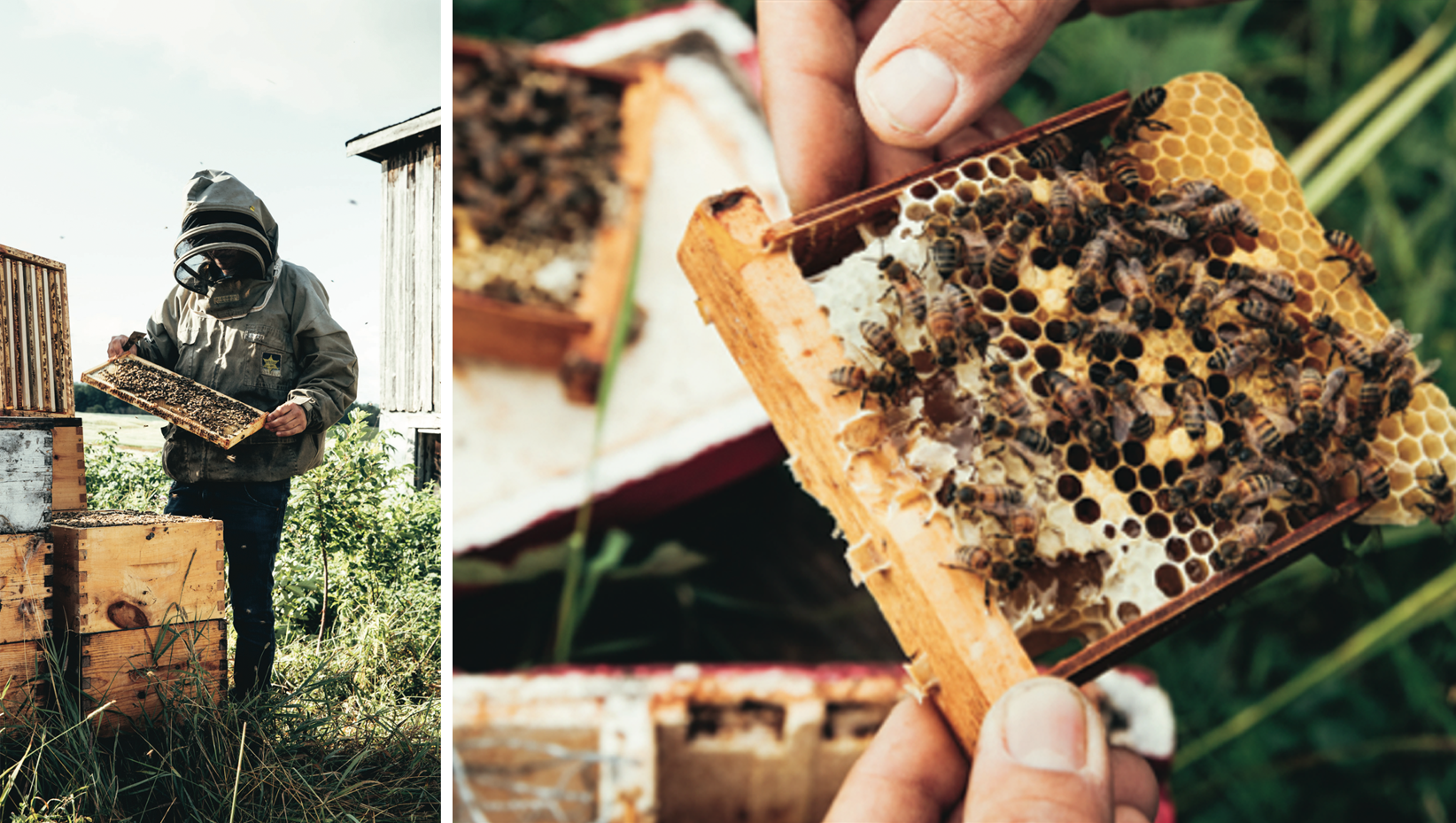 A natural-born bon vivant, Anicet Desrochers founded Miels d’Anicet in 2001 with the goal of breathing new life into Canada’s beekeeping industry. Fast forward to today and the young beekeeper has become one of the most outspoken leaders of the inter- national beekeeping community, carving himself a spot as the largest organic raw honey producer in North America. Miels d’Anicet is a vast, organically managed bee farm in Northern Quebec and an impressive line of products.

Critically acclaimed chefs like Daniel Humm (Eleven Madison Park), Pascal Barbot (L’Astrance) and David MacMillan (Joe Beef) all use their honey at their restaurants. On top of his gruel- ling work in the hives, Anicet manages a bee breeding laboratory, where he tinkers with genetics to create queen bees that are better adapted to Canada. “Canada imports a lot of bees from outside the country that are not suited to our climate,” he says. “My mission is to produce enough [bees] to counter our dependence on bees from countries like Australia, New Zealand and the United States.” Last year, Miels d’Anicet sold over 15,000 queen bees to the Canadian market. In the colder months, Anicet travels the world, going anywhere from France to Tanzania to teach, speak at conferences, and meet with local beekeepers. 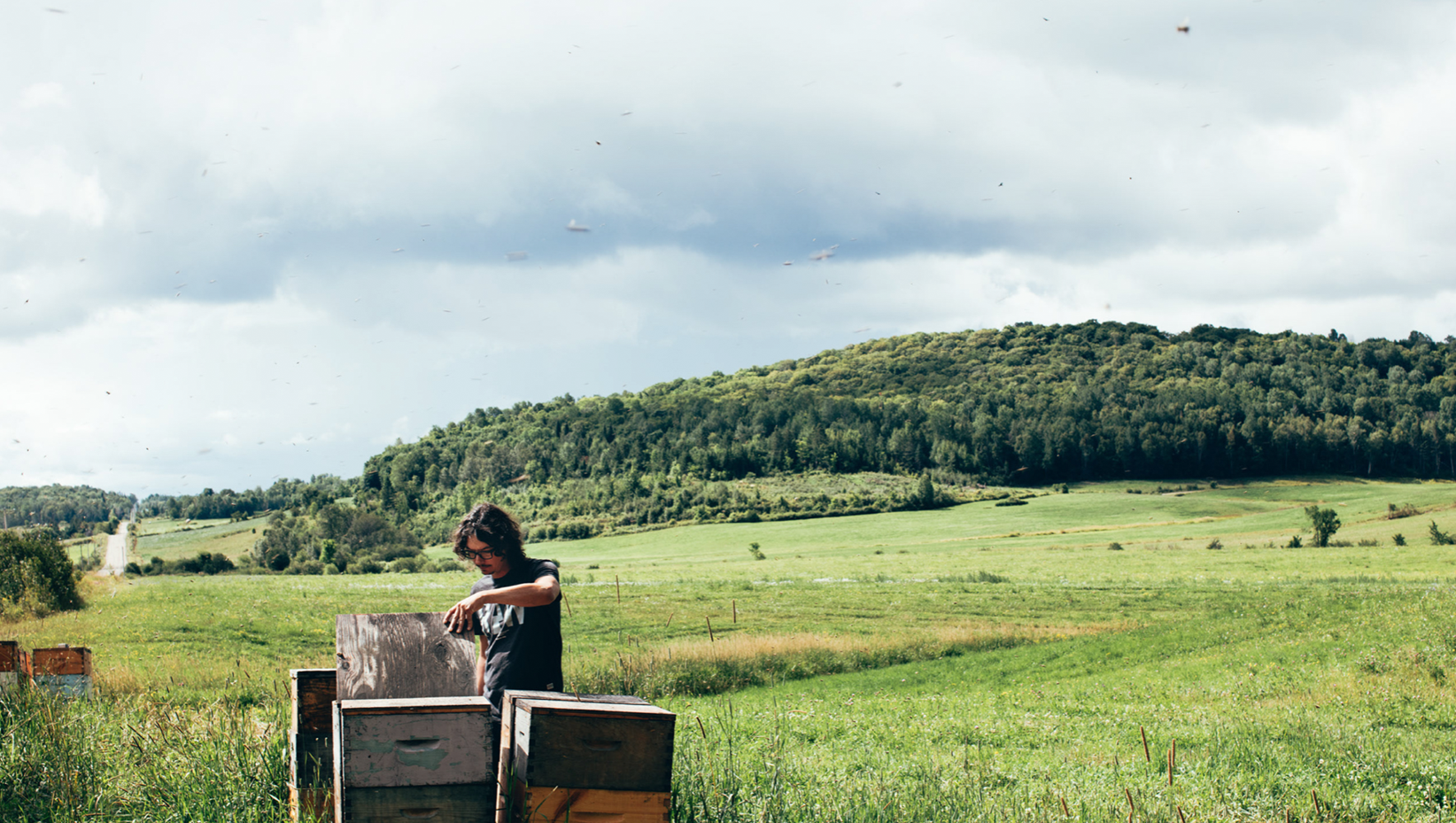 Sign up to our newsletter to be the first to know about our new products, promotions, events and stories.

Choose your wishlist to be added

We will notify you on events like Low stock, Restock, Price drop or general reminder so that you don’t miss the deal

Are you sure you want to delete the wishlist?