The Roots of Le Rizen

For Stephanie Wang, growing food for her community is a way to live out the everyday values that are close to her heart. With Le Rizen, Stephanie has built a farm business that goes beyond what she imagined when she started farming, producing an impressive range of Asian vegetables, a line of transformed products that her customers can’t get enough of, and a community that continues to grow alongside her.

"Your cultural heritage, your culinary heritage, is a gift that you can share with your community. There may be some education involved in new-to-them vegetables, but that is part of why people." 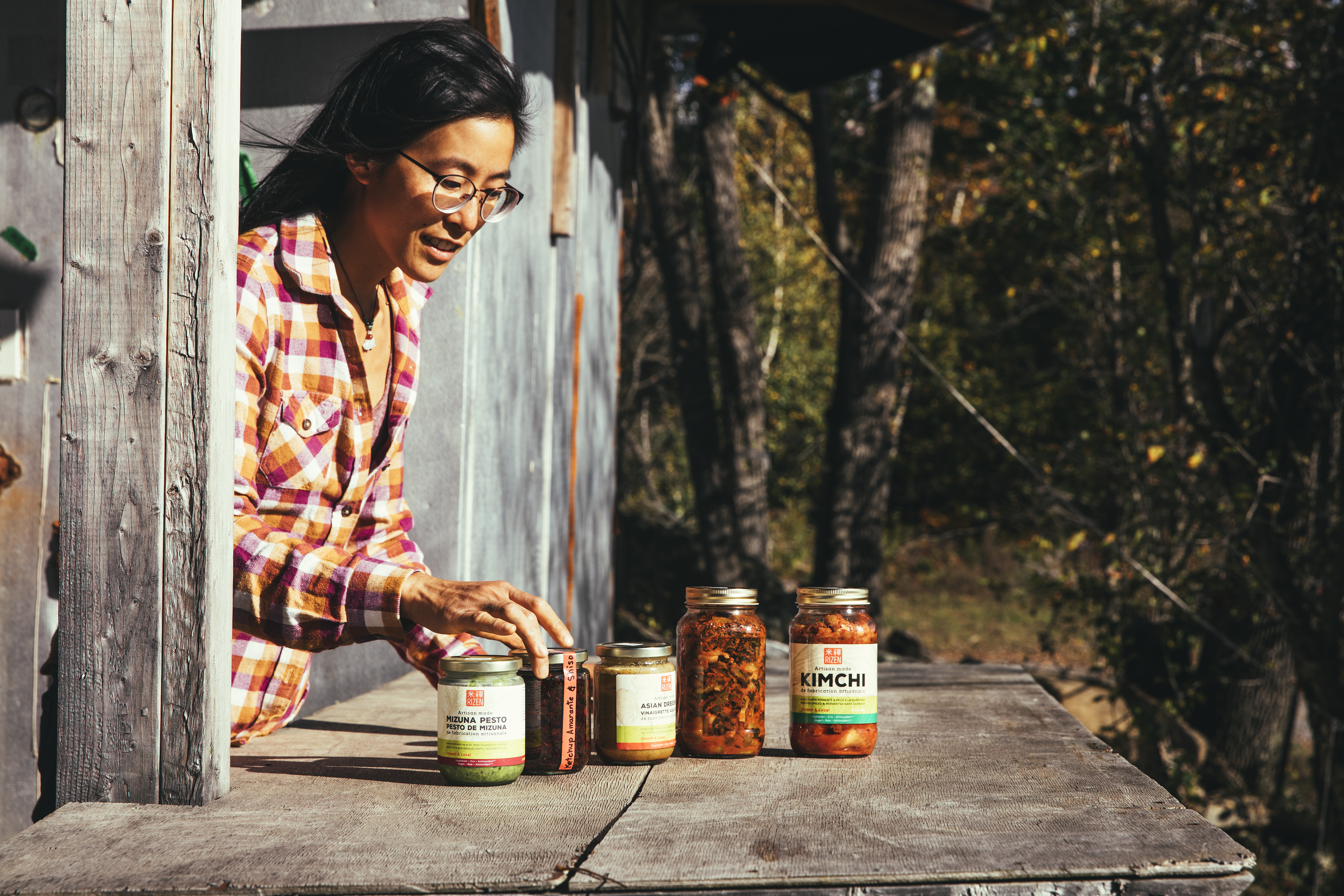 Growing up in Montreal, Stephanie was always attracted to the countryside, and the connection with nature that it promised. After having studied sociology at the Université du Québec à Montréal (UQAM), Stephanie completed a 10-month internship in India, working for La Via Campesina where she focused on peasant rights and food sovereignty. After her travels, she spent time back in Canada working for both the National Farmers Union and the Union Paysanne, coordinating their international committees, and connecting the struggles of independent farmers in Quebec and Canada with the fight for the rights of small-scale farmers around the world. With the values of food sovereignty and community solidarity stirring her heart and mind, Stephanie decided that the most concrete way for her to live out these principles was to start her own farm: Le Rizen. The farm’s production includes some crops that are more familiar to North American growers and eaters: daikon radish, bok choy, napa cabbage, hot peppers and Asian eggplants, as well as some crops that may be newer to North American growers: celtuce, shiso, amaranth, lemongrass and more. 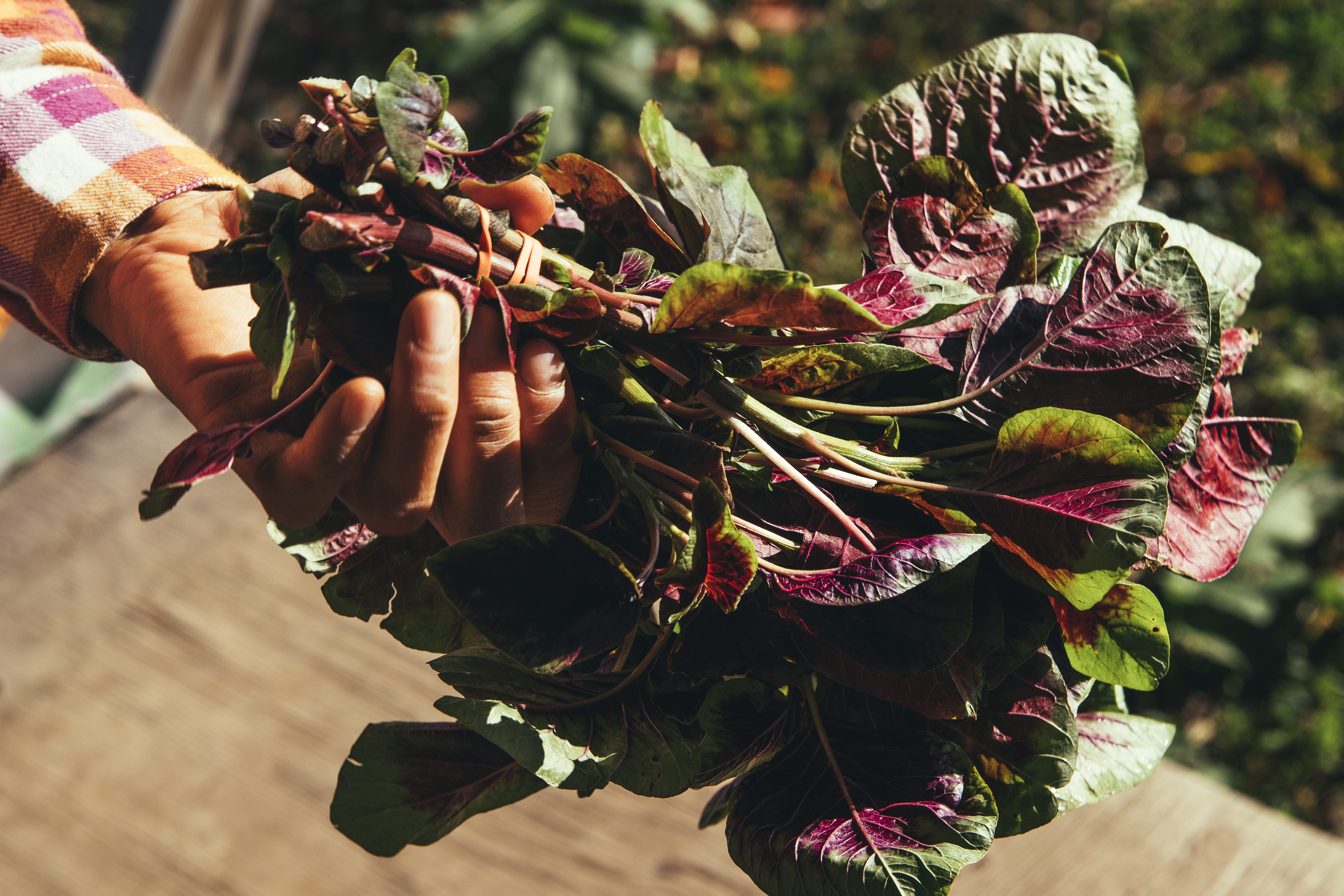 Always focusing on Asian vegetables, the range of crops Stephanie produces has shifted over the years, as she hones in on the core production of crops that are both interesting to her customers and can grow well in a northern climate. As the only organic farm focusing exclusively on Asian vegetables in Quebec, she has put substantial time into research and development: finding the right varieties for different seasons in a short production year, as well as the appropriate spacing, harvest and storage techniques for the different crops. When customers at market ask how to cook her vegetables, Stephanie draws on a huge culinary history with many different foodways: her knowledge of food she’s eaten during her travels in Asia and India, as well as flavors and recipes sampled at local restaurants, in books, on social media, and in friends’ kitchens. This culinary education goes both ways—some of her crops have been introduced into Le Rizen’s production because customers suggested she start growing them. This sense of inspiration and cultural exchange is a cherished aspect of Le Rizen: a dynamic process that lends energy and creativity to the work in the field. 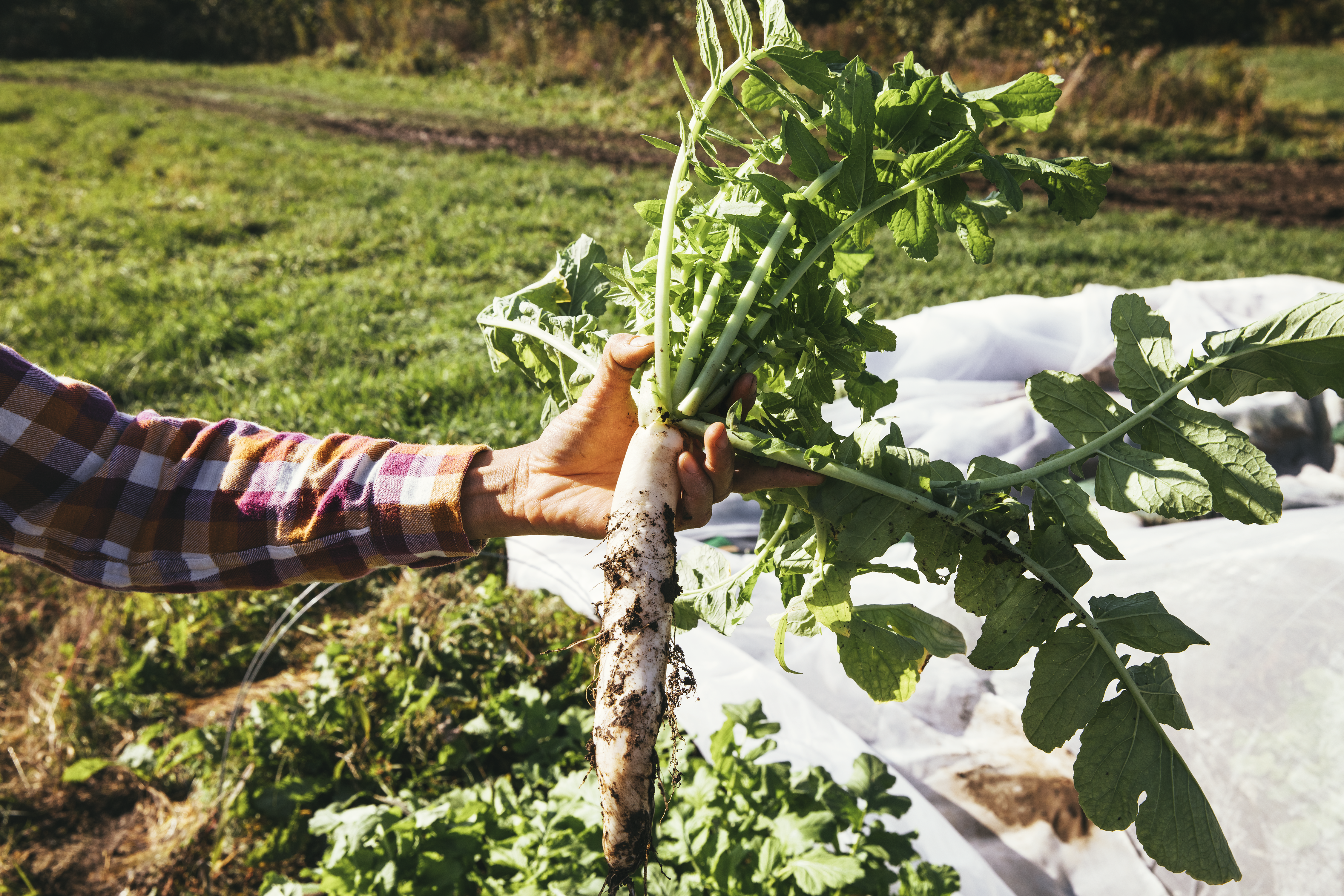 Every small vegetable farm, Stephanie recommends, should find a production niche that complements their vegetable production, offers high profit margins, and/or attracts customers. For Le Rizen, it’s kimchi: in addition to her vegetable production, Le Rizen also offers a range of transformed and fermented offerings featuring her vegetables. Kimchi is her cornerstone product and the biggest seller by far, and she has developed a product line featuring different varieties: a traditional kimchi with napa cabbage and red pepper flakes, a daikon radish kimchi, and a white kimchi with carrots, pear and ginger. Le Rizen has also developed other transformed products that include a mizuna pesto, an Asian-style dressing to accompany her vegetables, and a shiso-amaranth ketchup. Offering these value-added products is a huge draw for customers and is a brilliant way to increase profit from excess vegetables. When she has a surplus in production, Stephanie will make bok choy or other greens-based kimchis—a valuable way to deal with crops that might otherwise get composted. 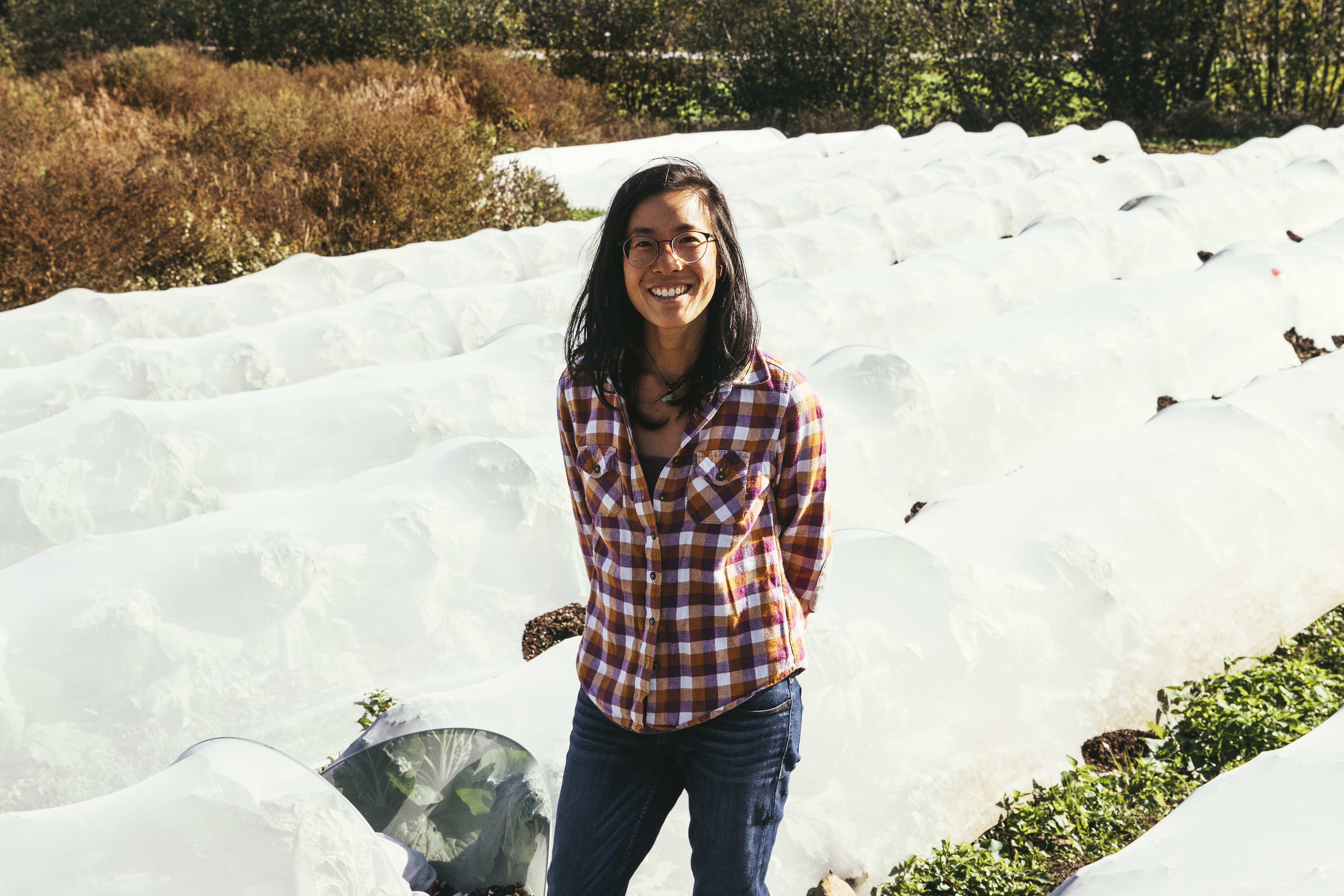