Setting The World on Flowers with Floramama

Chloé founded Floramama in 2014. It’s nestled in the hills of Frelighsburg (Canada), just a few miles from the U.S. border in Vermont. She produces cut flowers and bouquets, which she sells through community-supported agriculture (CSA), farmers’ markets, and health food stores in the Montreal area and Eastern Townships.

Having over 70 flower varieties just outside her window isn’t enough for Chloé Roy of Floramama. As soon as we walk into her bustling, eclectic farmhouse, she puts together a huge bouquet of Lisianthuses for the kitchen table and sets them down in front of me. Despite the children, pets, plants and the fact that lately, orders are nearly outpacing growth, the founder of the all-female flower farm clears her schedule to discuss her human-scale, local, organic business. She believes the voices of women in agriculture need to be heard. 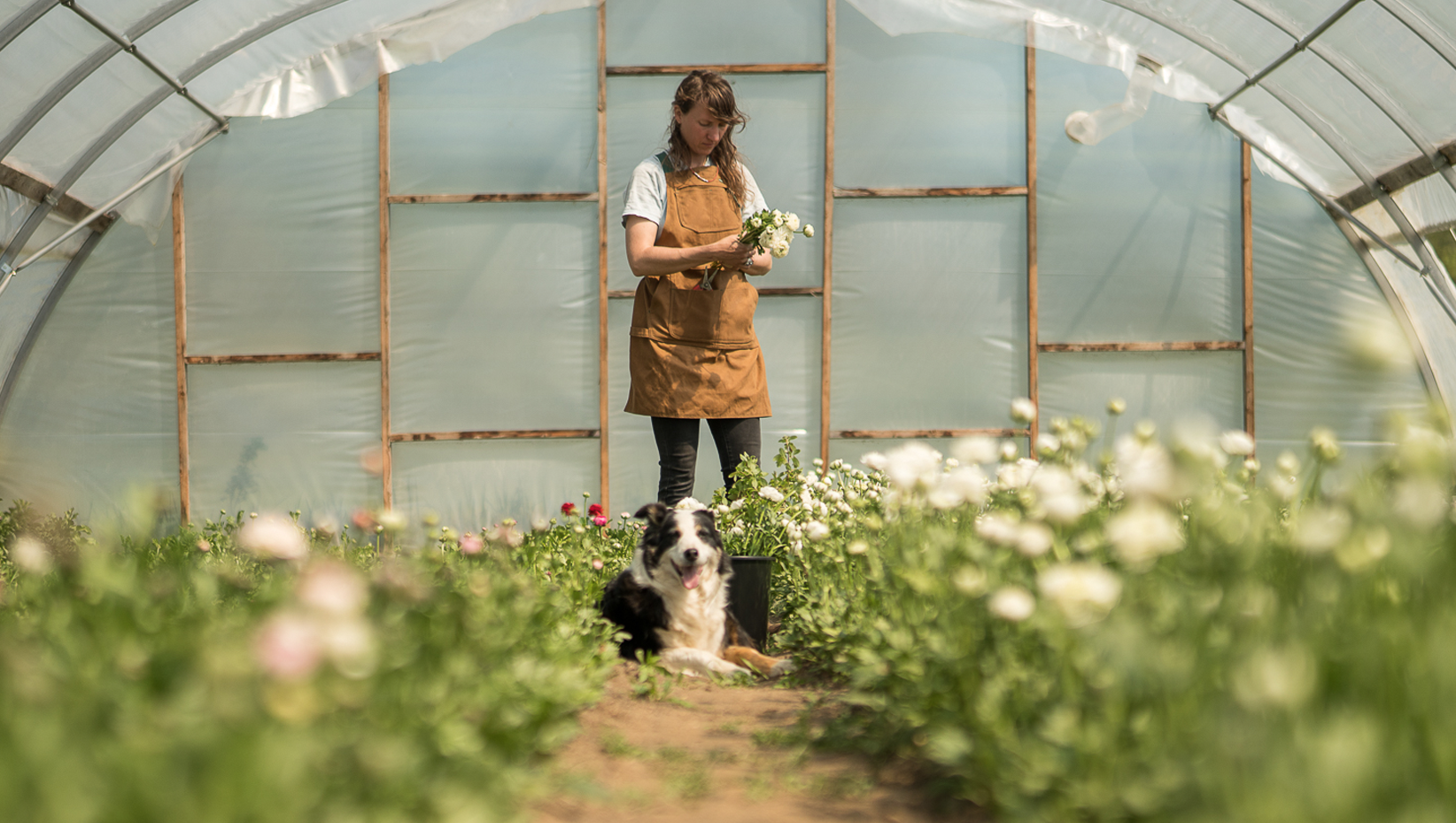 Chloé is a woman of contrasts: a quiet resolve and sensitivity cover an immutable inner core that combine to form a businesswoman who isn’t afraid to get her hands dirty. At only 36, the aesthetics of her natural floral designs and down-to-earth approach to flower farming have already made her a trusted source of knowledge in the community, while inspiring countless others to follow in her footsteps.

“When I think of my customers taking my bouquets into their homes, I know that I’m feeding their souls. There’s something really magical about delivering happiness in the form of flowers.’’

In 2012, on a whim, Chloé offered to help Jean-Martin Fortier and Maude-Hélène Desroches of Les Jardins de la Grelinette grow vegetables on their farm. It was her first time farming, and in no time, her whim had become a two-year tenure and apprenticeship. “She is one of the most dedicated and capable growers we’ve ever had the chance of training,” says Jean-Martin. 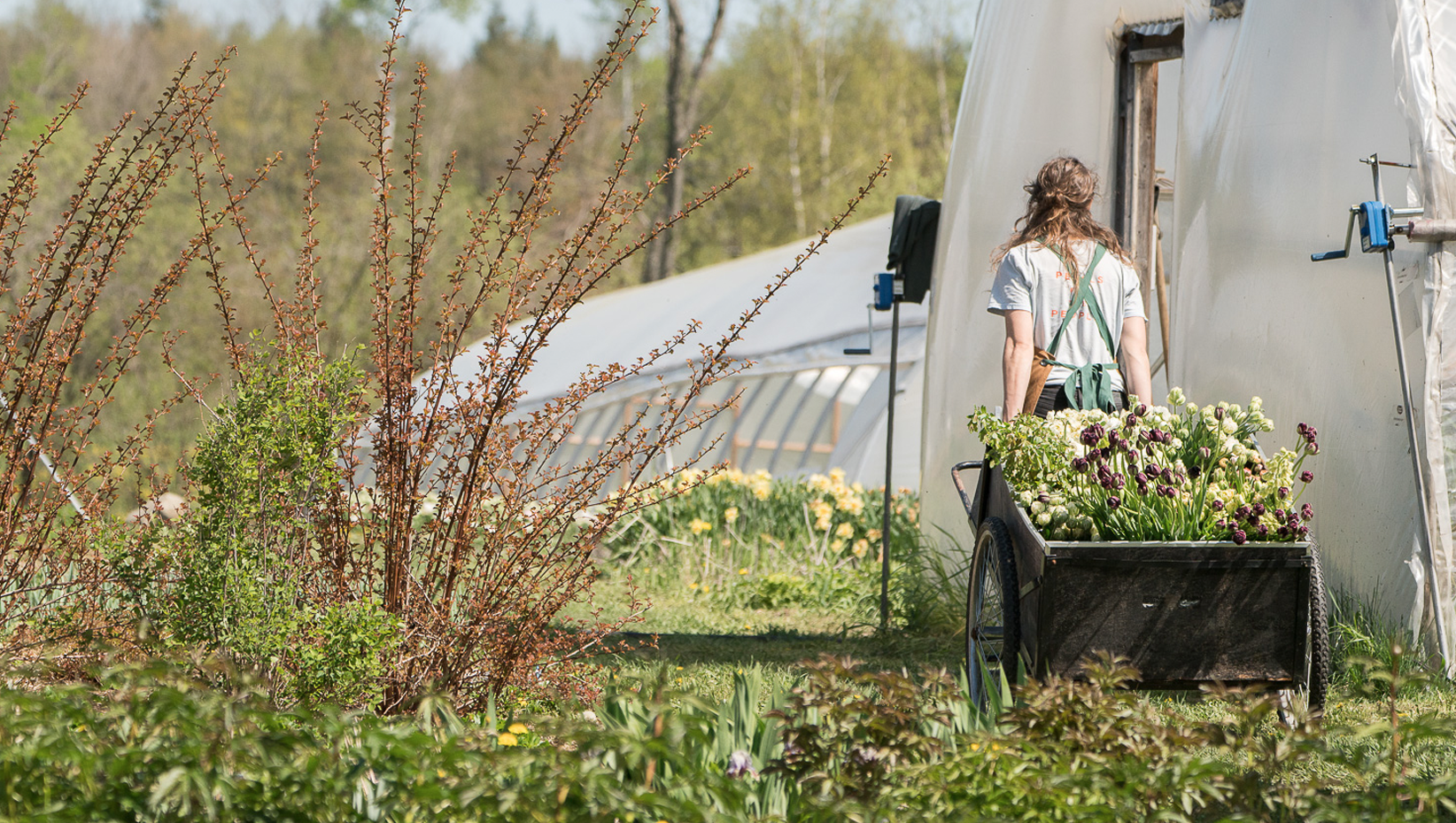 As Chloé’s skills blossomed, the idea of launching a project of her own began to take root. And then, she saw an image of Erin Benzakein from Floret Flowers holding dahlias at sunset. “I still remember being stunned at the beauty of this woman holding these massive bouquets,” she says. Soon, she had a scholarship for a workshop at Benzakein’s farm and was shucking the mantle of vegetable farming, to everyone’s surprise. “I like being different. After La Grelinette, I knew I wanted to farm - but a lot of growers in the area were already doing veggies, and no one was doing flowers. I saw an opportunity.”

Her flowers, too, are different, starkly contrasting those produced on a large scale. Soft and unusually beautiful, discre¬pancies in their shapes and colors lend them a textured, ethereal quality that acts as a visceral conduit to the natural world: a major departure from their stiff, uniform commercial counterparts. 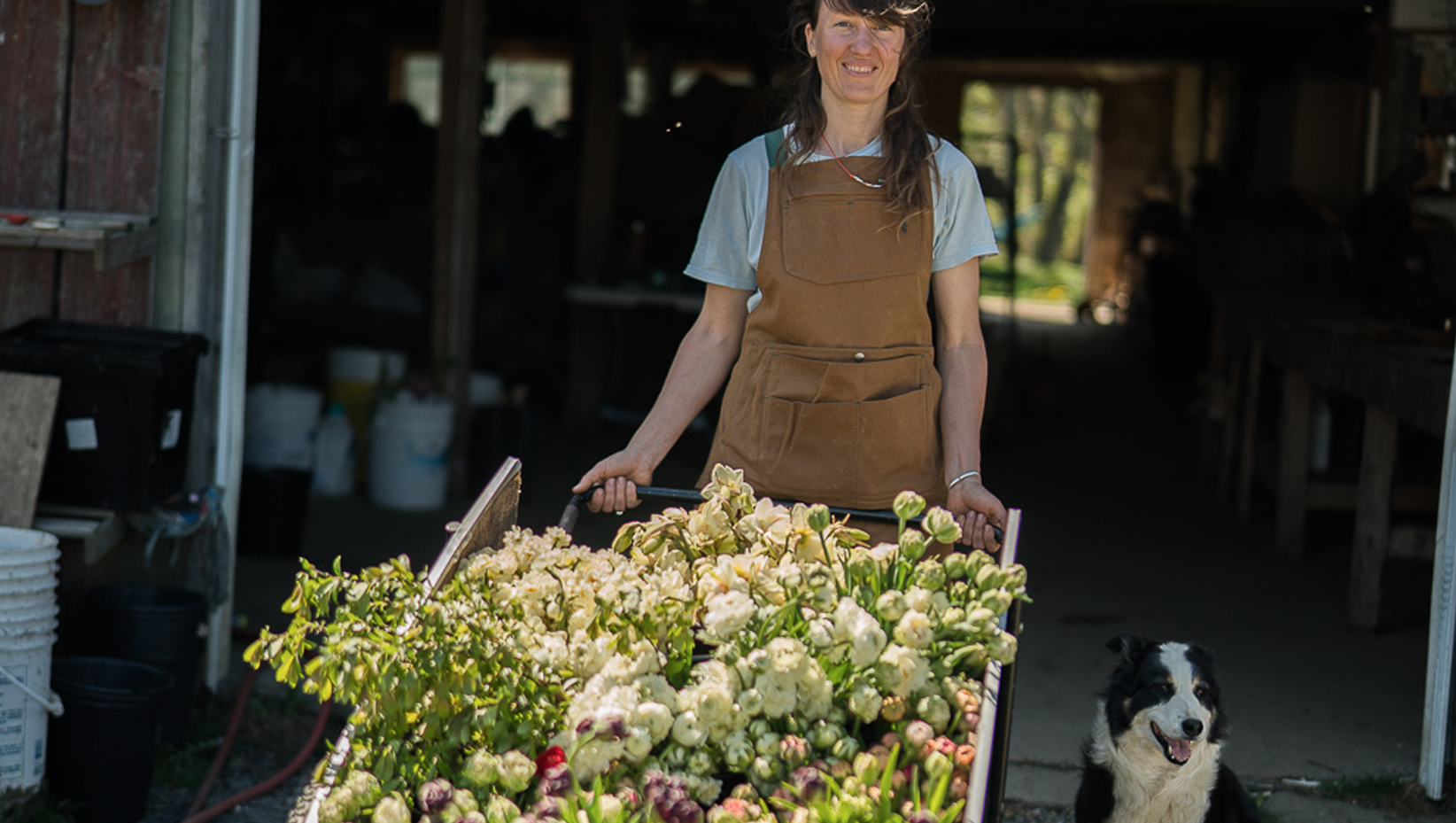