Born in Haiti and raised in Montreal, Vézina was recovering from burnout and had hit the pause button on his work as a consultant and administrator in the community sector for several multicultural neighbourhoods of Montreal. It was during this pivotal moment that he first learned about the Jaden Lakou (or backyard garden in Creole), a hyper-local agricultural model that uses Indigenous and African farming practices, and emphasizes the community aspects of growing.

Things came into focus while visiting a friend who had uprooted her life in Montreal and moved to Haiti’s Jacmel region in order to launch a training program for small-scale farming and reforestation in the Lakou tradition. The thought of spending his days outdoors and devoting care to agriculture called to his entrepreneurial spirit. Starting his own farm and bringing the Jaden Lakou back home to Quebec appealed to Vézina as a way to connect with his culture, just as it had been for previous generations. 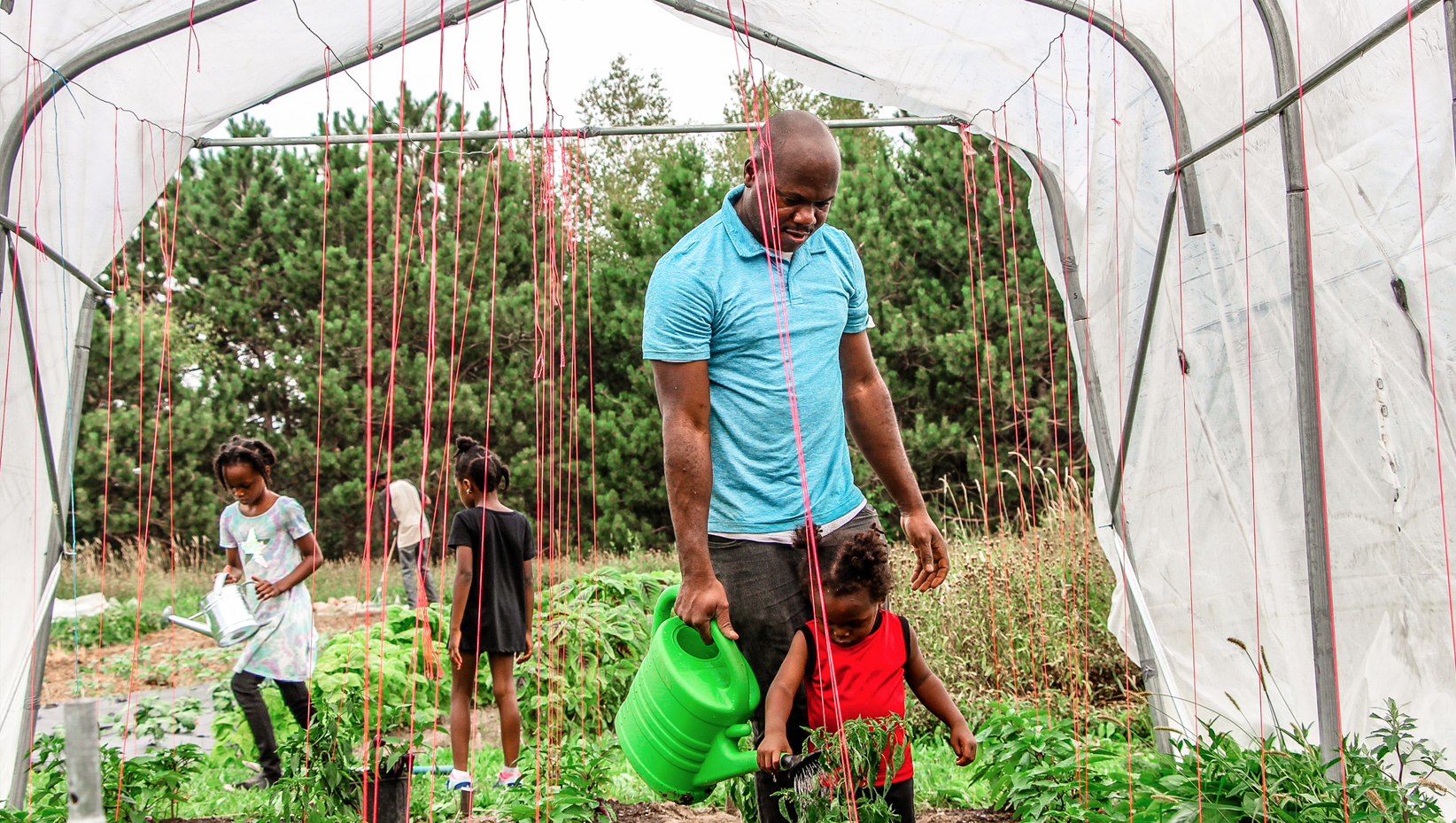 After Haiti gained independence in 1804, there was a major shift in the country’s food production. Formerly enslaved Black farmers began to reject the monoculture crops of the colonizers, who had caused them so much suffering. They did away with sugar and coffee plantations in favor of a more biodiverse approach that respects the soil’s cycles—mixes of vegetable and flower cultivation, a better reflection of their cultural identity. Out of this revolution emerged the Jaden Lakou. At its base, the system is designed to efficiently use a shared plot of land located at the center of a cluster of farmer houses called a Lakou. The Voodoo religion is also woven into Lakou, particularly in its link to traditional African forms of worship that connect and equally value nature, the earth, and its people. 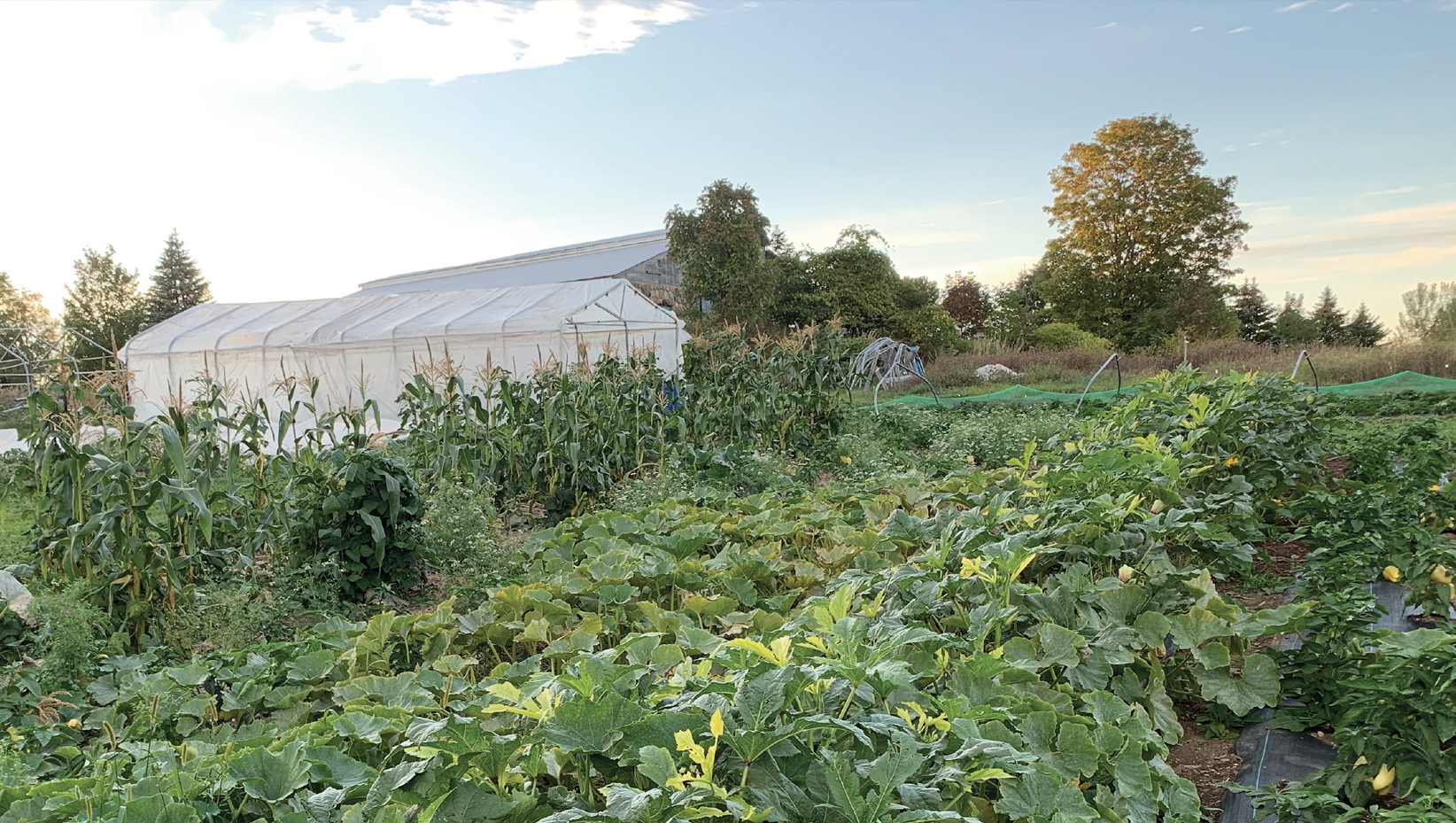 Permaculture and sustainability-focused practices are built right into Lakou, as growers aim to make the most of smaller, shared plots. Decades after completing studies in sociology and anthropology, Vézina decided he needed hands-on training, so he completed a training in bio-intensive agriculture with Conor Crickmore of Neversink Farm and visited writer Leah Penniman’s Soul Fire Farm.

"Most people arriving in Canada are very healthy. Then when they get here, they lose their bearings in terms of what to do with the products that are available."

In 2019 Vézina started his farm, Les Jardins Lakou, in Dunham, Quebec, an agriculturally rich region of the province where he leases a plot of land. The farmer’s bio-intensive approach involves close plant spacing, deep soil preparation, composting, and understanding plant systems as a connected network. When he started out, Vézina wanted to supply restaurants and specialty grocery stores, but COVID-19 had other plans, forcing him to pivot toward selling baskets to individual consumers. Through his weekly deliveries, he fulfills his goal of helping Afro-descendants connect with their culture via food, starting with the raw ingredients. He now has 65 basket subscriptions, serving people from communities he worked with in his previous career at the recreational association. 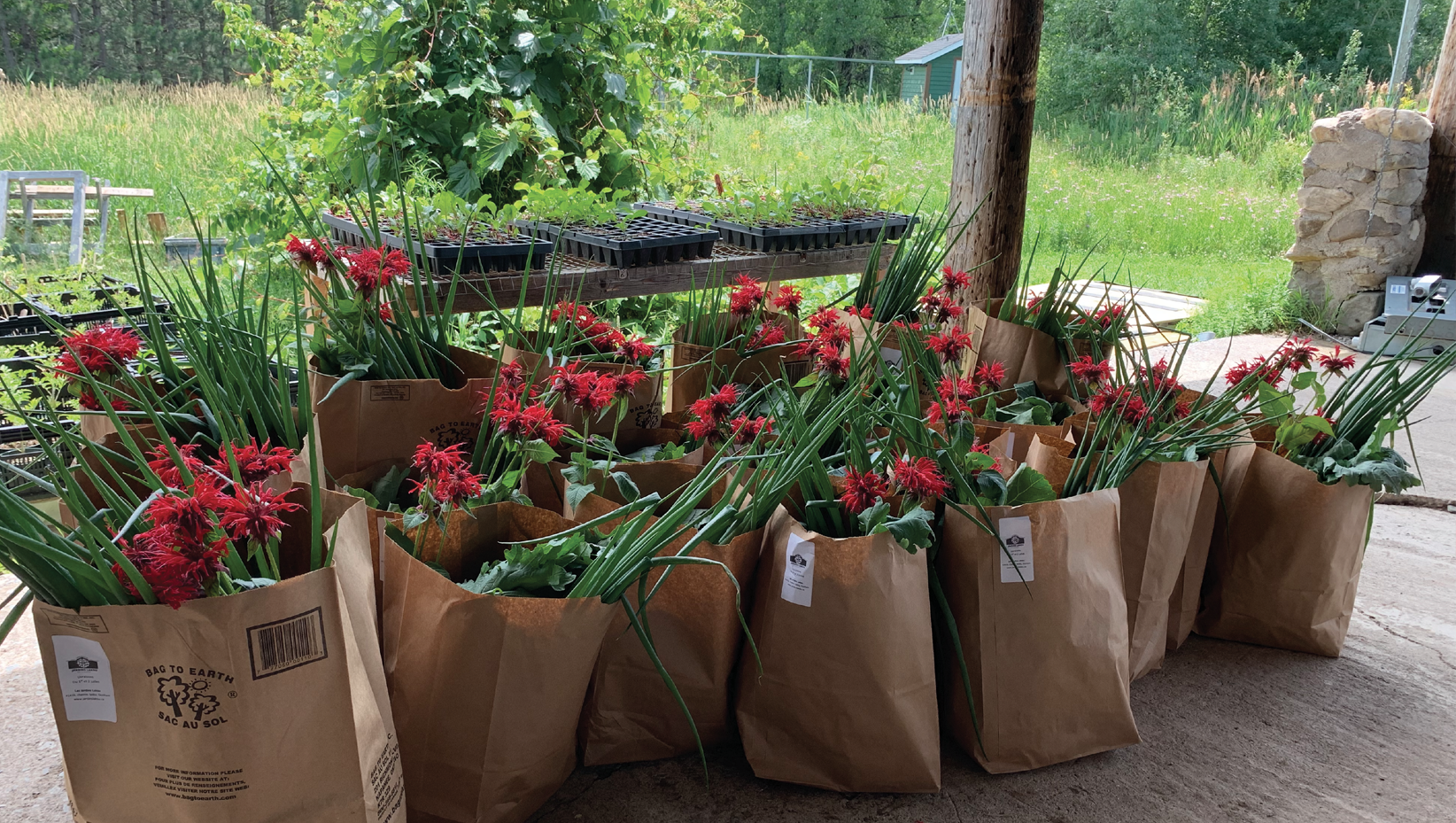 Vézina was creating something that grew organically out of his past experiences, providing healthy ingredients that keep people connected to their culinary culture. Working with immigrant communities, mostly in Montreal neighborhoods like Côte-des-Neiges and Saint-Michel, he noticed a pattern of declining health in those who had recently arrived in Canada. “It’s tied to social issues of poverty and marginalization, and also issues of access to food that represents us as Afro-descendants.” Because new immigrants are required to provide health reports, changes are easy to track, and Vézina emphasizes that there is plenty of data illustrating the importance of culturally appropriate food.

To try and bridge that gap, Vézina grows Afro-descendant garden staples like okra, chayote squash, sweet potato, prickly maroon cucumber, and plenty of hot peppers. The ingredients he grows are meant to come together and bring to life culturally important foods that offer a taste of home—like joumou, a soup that was added to the UNESCO Intangible Cultural Heritage list last year, and commemorates Haitian liberation from French colonial rule. Vézina has had his share of struggles growing some staple plants, like taro, an herbaceous root vegetable that needs more sunny days than a Quebec summer can provide. It’s an ongoing experimental work-in-progress, figuring out which hot-weather crops are a match for Quebec’s shorter growing season and deep-freeze winters.