People tend to romanticize farming. “You must have the best job,” customers tell Zoe Hitchner at the market, where her booth bursts with organic produce and vibrant flowers. As one of the general managers at Front Porch Farm in Healdsburg, California, Zoe knows first-hand how the bounteous cornucopia can give off the impression of idyllic farm life—and she knows just how to embrace it. “People have said to me, ‘I wish I could play with flowers all day !’ and I feel simultaneously annoyed and validated,” Zoe says. Annoyed, because her job is so much more than that—involving long hours, hard manual labor, and, in the past year, heightened stress caused by a pandemic and wildfires. Yet validated because, as she puts it, “it is a beautiful way of life. I’ve had the experience of harvesting and attracting hummingbirds that come and drink from the flowers in my hands.”

“It’s unexpected—the trees open up and you see this beautiful diverse farm down below, along the Russian River.”

Zoe didn’t expect to fall in love when she first visited Front Porch Farm in 2014. At the time, she was a burgeoning farmer in Santa Cruz, a few hours south, a calling she’d found after many years spent on a meandering path, unsure of her purpose. Growing up, gardening spoke to her in a way that school never had, but it took many years for her to realize that it could be her profession. As a teenager, she worked at a local flower shop. She also was a camp counselor, but never imagined that her eventual career would connect echoes of both. “It all ties together,” says Zoe, whose energetic spirit seems to enter the room before she does. 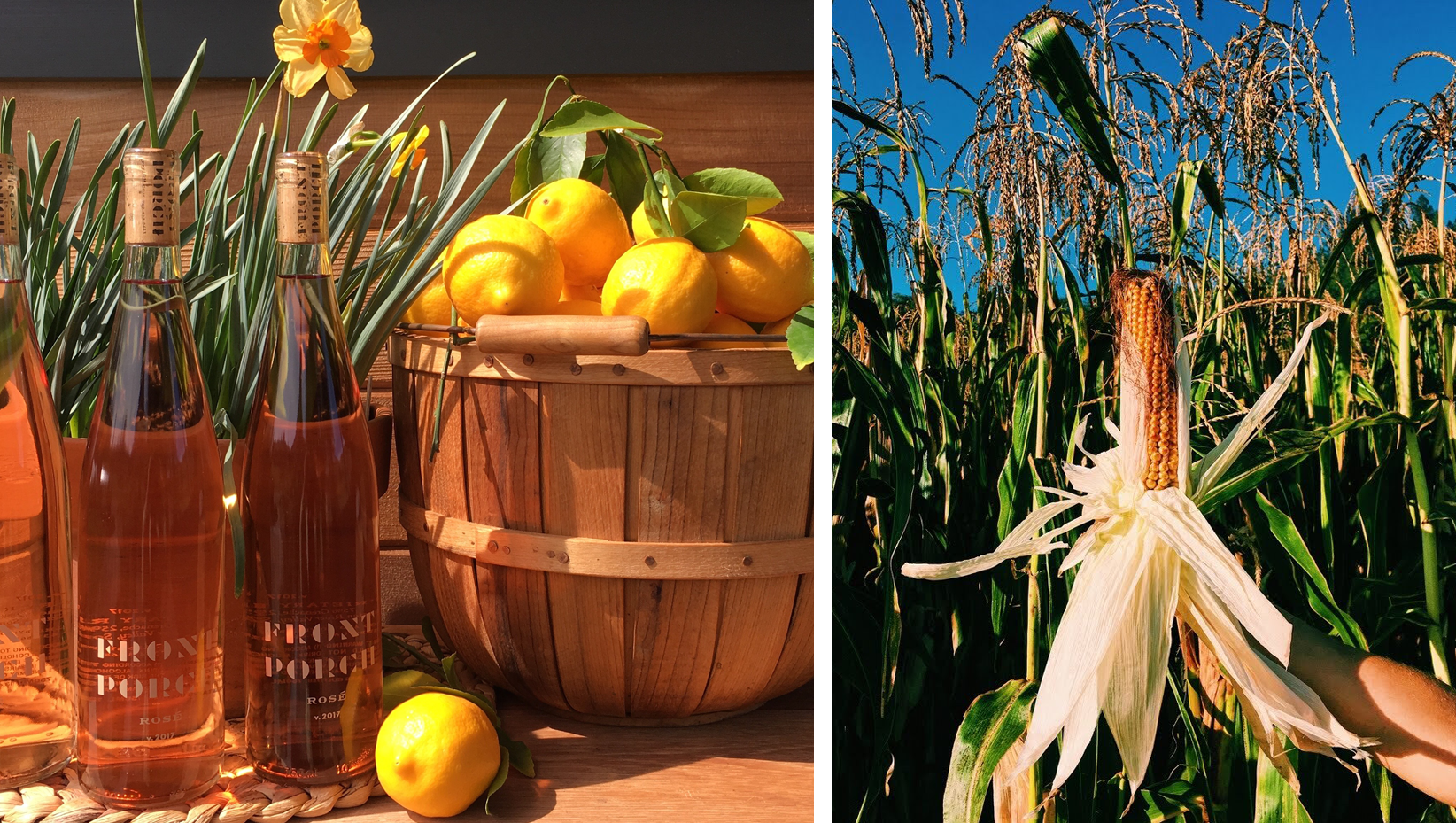 After years spent learning the ropes and paying her dues at the University of California’s legendary farm in Santa Cruz (where, as a teacher of hers once said, “roses will become diseased if you so much as look at them wrong”), Zoe established herself as a skillful young flower farmer and caught the attention of Front Porch’s owners, Mimi and Peter Buckley. They wanted to branch into flowers, and invited her to visit the property to discuss the possibility of joining their team.

Nearing the sleepy town of Healdsburg, Zoe felt positive she wouldn’t take the job. She’d simply keep an open mind and approach it with the genuine interest of a fellow farmer, then be on her way. But as she wound her car through the mountainous terrain and crested onto a plateau, she caught sight of the view that would change her life. “It surprises you when you first see it,” she says. It’s a well-known reaction to those down on the farm, who regularly notice passing cars stopping on the hill, stunned into stillness by the farm’s beauty. 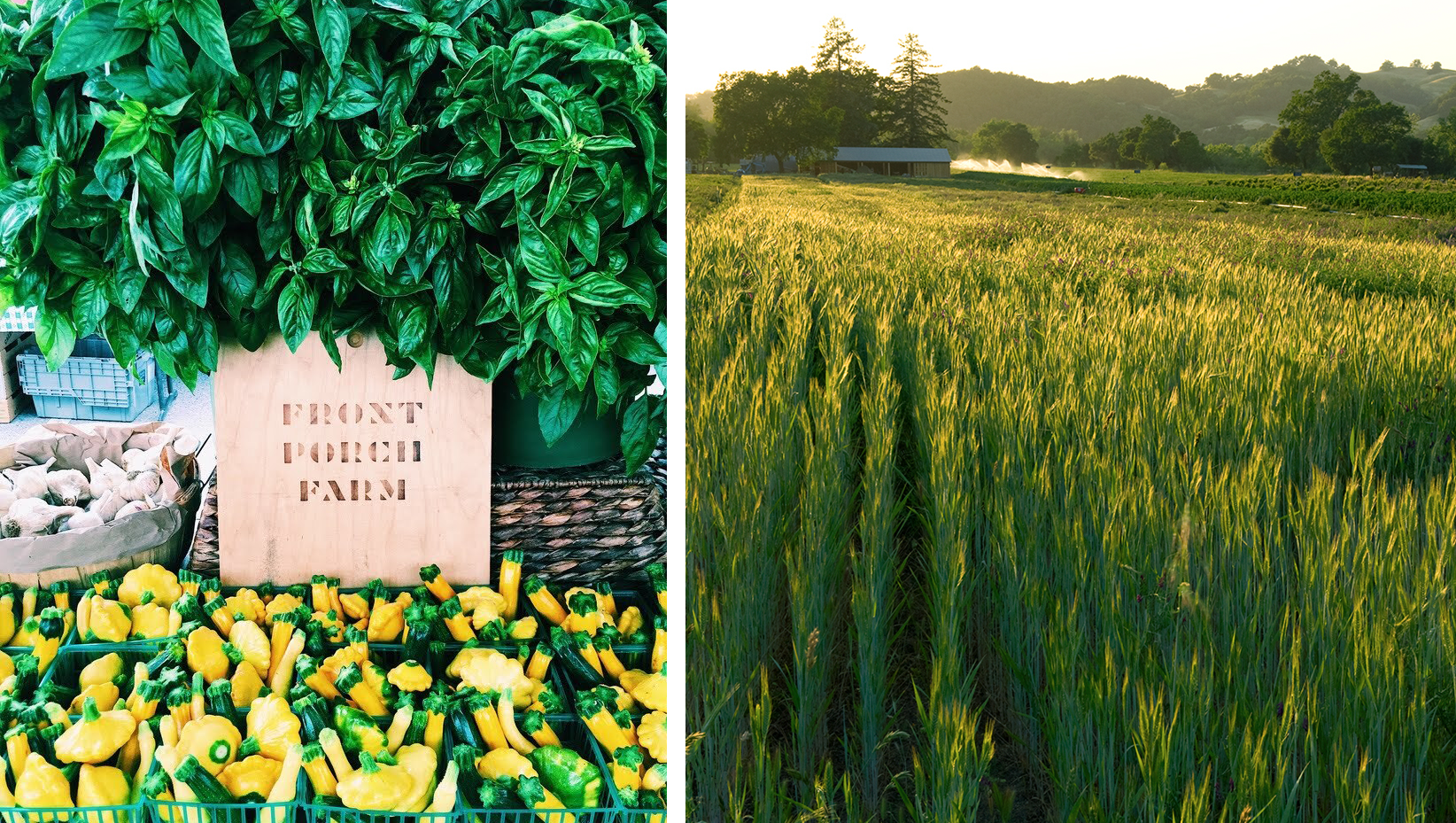 Zoe was given a tour by Mimi, who had long, flowing white hair, with a white bird perched on her hand, and two jovial white dogs trailing behind her. “I was like, ‘What is going on!?’” Zoe laughs at the memory. “It felt whimsical and beautiful.” She was moved by the land, by how special it looked and felt—and quickly understood Front Porch to be a fertile place to learn and create a flower program she’d feel excited about. She took the job. It was an unexpected instance of love at first sight for Peter and Mimi, too, when they visited the farm for the first time. It was 2010, and they were two years into a fruitless and exhausting search for a farm to buy. Then in their 60s with successful careers under their belts, the couple were recent empty-nesters searching, though perhaps not consciously, to transition from a life raising a houseful of kids, to raising fields of vegetables and flowers. They were drawn to the life-affirming quality of farming: its dedication to cultivation as the very definition of life. But when their real estate agent called to tell them about a plot in Healdsburg, they were ready to give up. “It was like going on endless Tinder dates,” says Peter.

“It really was like looking for a mate, a partner. We almost didn’t go on this last date.”

Two hundred feet into their first tour, they turned and smiled at each other. “We knew it was the place,” says Peter. After a few false starts with various iterations of management, when Zoe joined them four years later, the Buckleys knew they were being joined by a competent farmer. They couldn’t have guessed how her inner camp counselor would help set the tone on the farm. 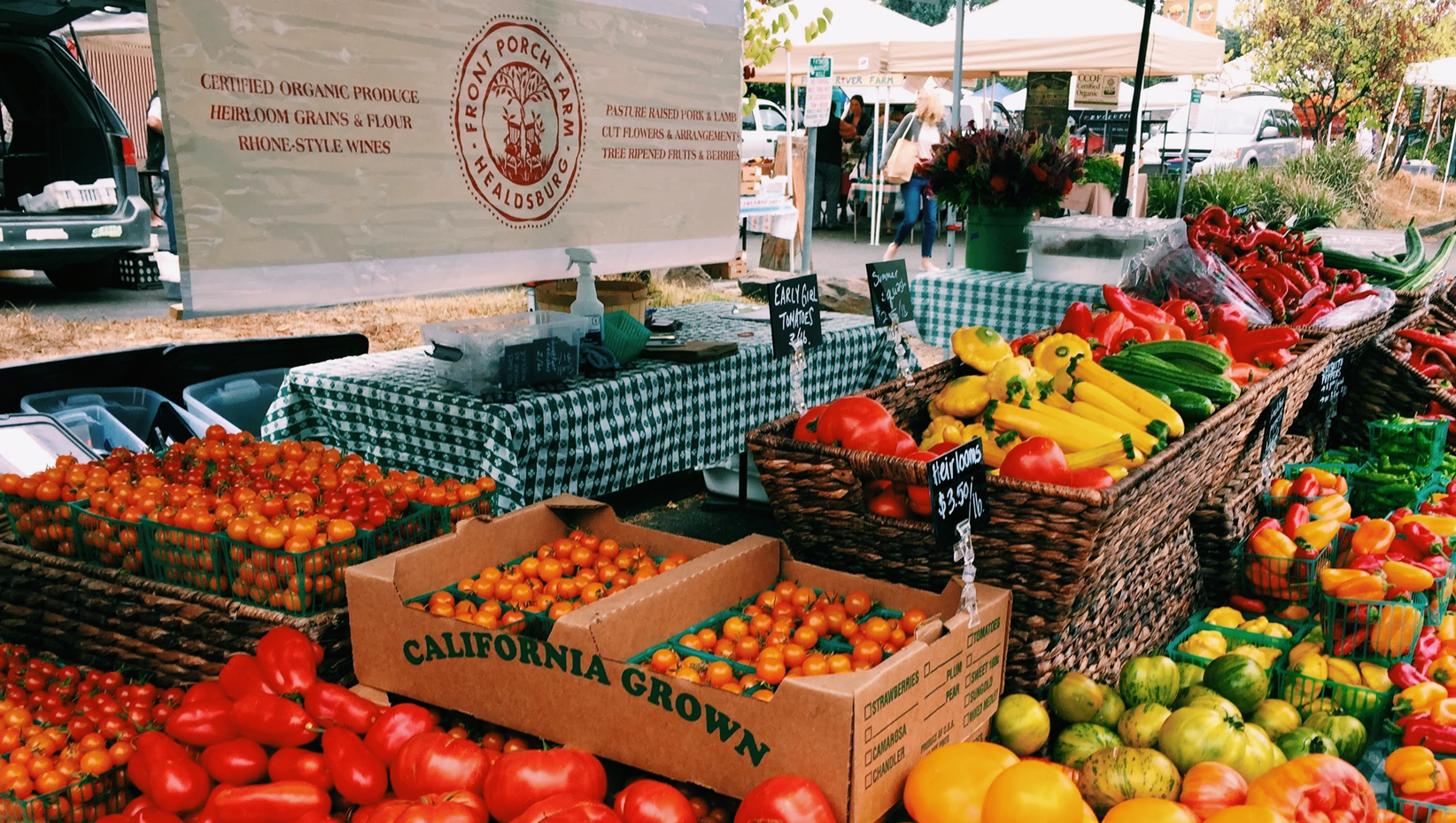