"We saw what they were doing, the kind of life they lived, and that was it for both of us. We just knew we were going to do it. After that, it was just a matter of figuring out how.”

Fifteen years ago, Brent Preston and his wife, Gillian Flies, were new landowners who knew next to nothing about farming. But like many of the new farmers who are drawn to agriculture despite not having intergenerational connections to land, they knew they wanted to farm in a way that regenerated soils and contributed to more resilient and equitable communities. They saw agriculture as a way to solve some of the problems they observed within the food system.  The word “regenerative” meant little to Brent and Gillian back then, but the idea of building a farm that reflected their dedication to organic agriculture was irresistible. Brent recalls the moment when he and Gillian knew it was time to take the plunge. They were touring a small, diverse organic farm in Western Quebec. 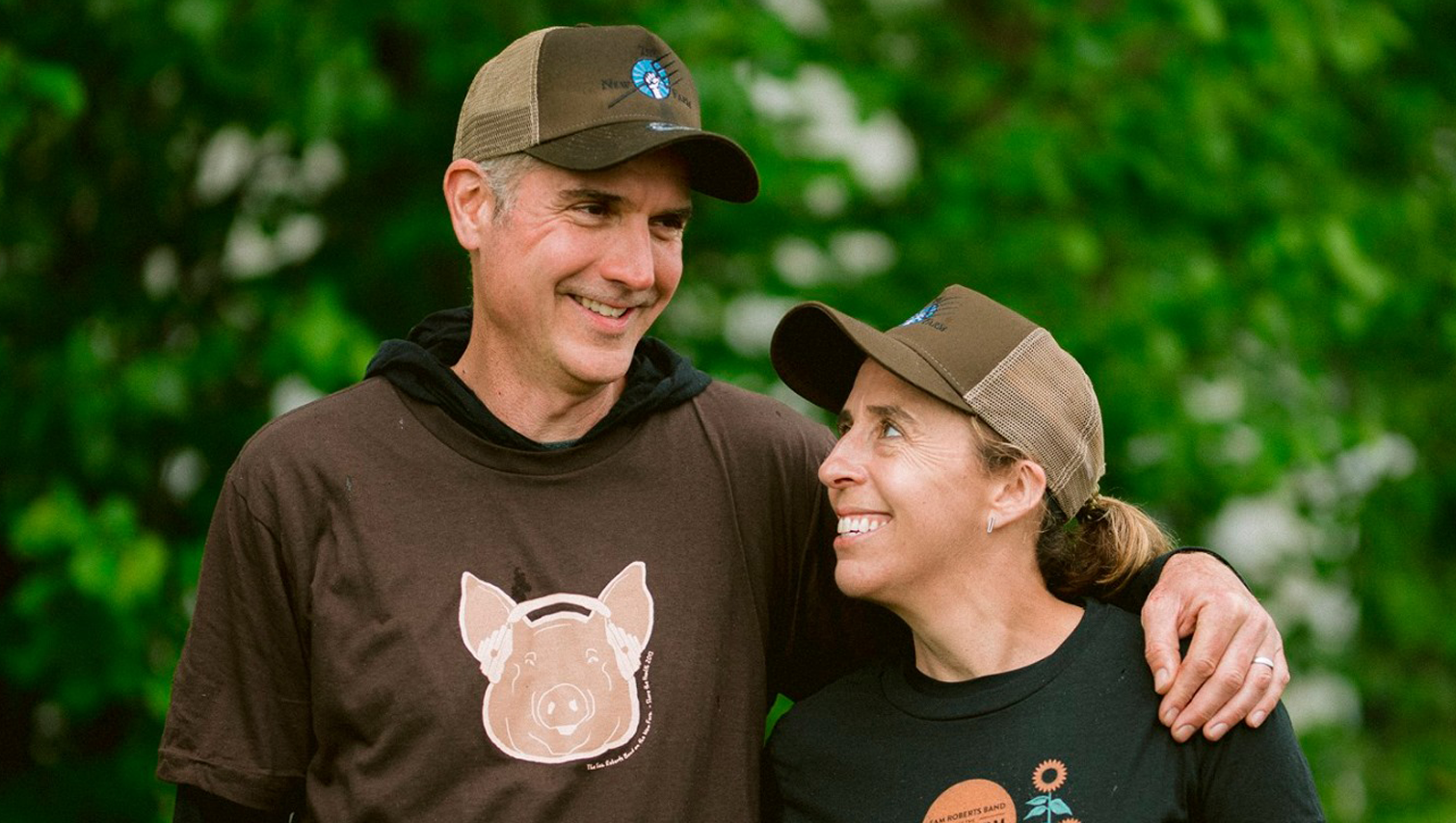 Fast forward to 2021 : The New Farm, Brent and Gillian’s property near Creemore, Ontario, has become the epitome of success for small, regenerative farms in Canada. With 20 acres in salad greens and five greenhouses of cucumbers, Brent and Gillian’s dream has evolved into a flourishing operation that supports eight employees, while, crucially keeping soil health, climate and regeneration top priority. But for Brent, who is now the president of the non-profit organization the Ecological Farmers Association of Ontario (EFAO) —a membership organization that focuses on farmer-led education, research and community building— and an active supporter of what he calls the “Good Food Movement,” success didn’t come easily. “We had to make a lot of hard decisions, and there were a lot of nights spent arguing in the kitchen about what was the right move. But it was worth it,” he explains. “We wouldn’t really be proving anything to anyone about regenerative agriculture if we farm the ‘right’ way but don’t make money. To run a farm, you also have to know how to run a business.”

And according to Brent, running a farm that is also a successful business does not mean you have to compromise on your principles. “We’ve known since day one that the reason we are doing this is to help find solutions to some of the agriculture system’s toughest problems,” he says. “What surprised me was how important that philosophy was to the success of the farm. When you make soil health your goal, you actually get a higher quality product. So our produce isn’t just beautiful, it also tastes really good. And that—in addition to our ethics—has made us attractive to a lot of customers.”

Today, The New Farm supplies vendors across Southern Ontario with delicious, certified organic salad greens and cucumbers. But that’s a vastly different model than the one they began with. Like many new farmers, they began growing a variety of vegetables and selling them at farmers markets. Over time, the number of crops they grew became fewer, while the number of buyers they worked with grew larger. They found that having many diverse buyers was vital to the stability of their business. “One week, we get a 200-pound order of greens from a restaurant, and the next week, nothing,” says Brent. With a wider assortment of customers, including restaurants, retailers and home delivery services, the importance of any one customer is diminished. 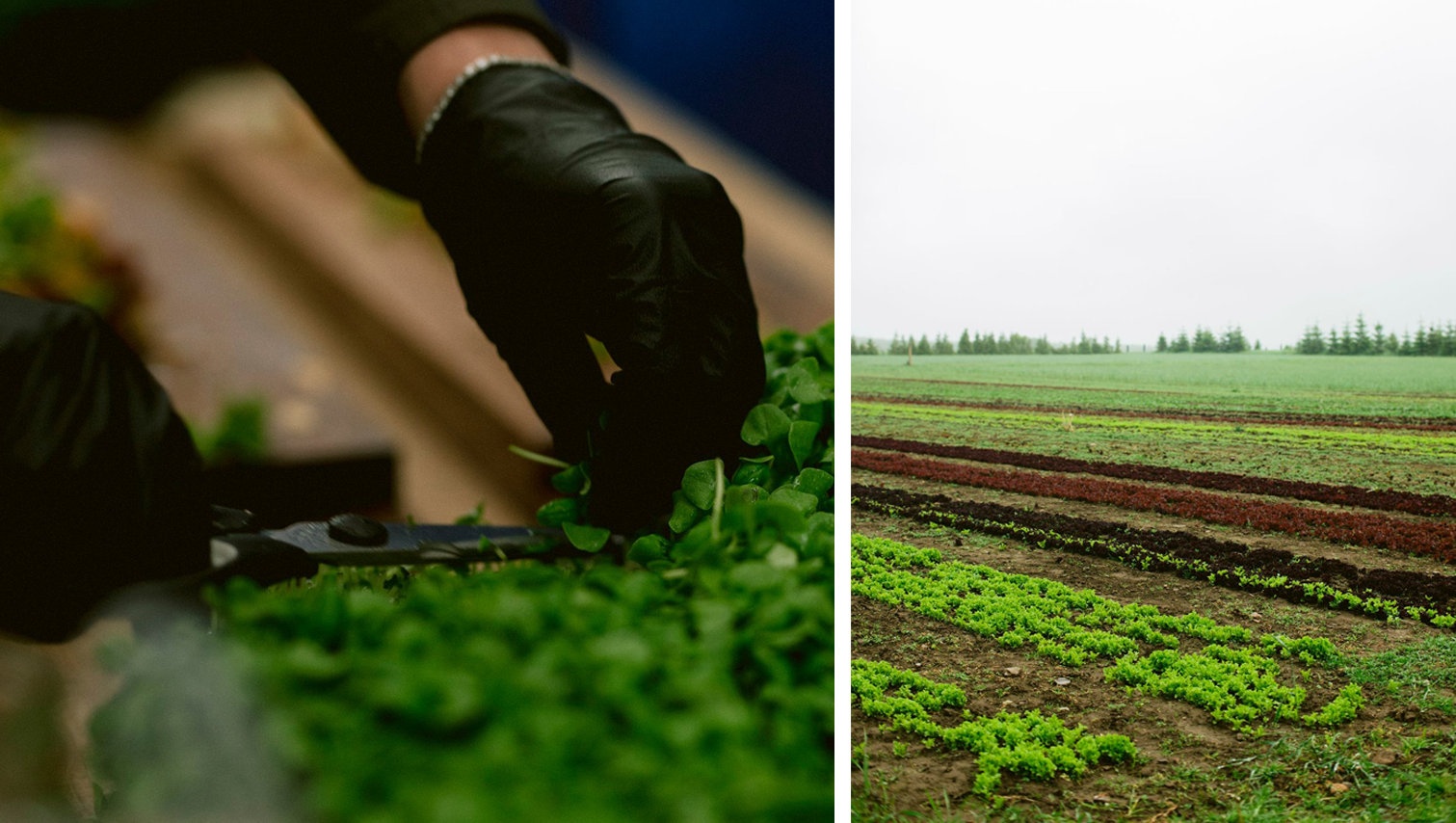 This was one of many changes designed to make the system work more smoothly and also to make life more livable. “One thing I always say to new farmers is don’t forget to take care of yourself. You need to have a life outside of your farm,” he says. “You need weekends off sometimes and to prioritize time with friends and family.” To that end, The New Farm eventually stopped attending farmers’ markets—and the farmers got their weekends back.