"It’s about joy and justice."

When once-in-a-millennium, incendiary heat hit the Pacific Northwest last summer, farmers were struggling to keep their crops hydrated and chefs were shuttering their restaurants due to power losses and overheated kitchens. But in a more low-profile, yet infinitely important, part of the food system, local organic plant breeders, who more often have opportunities to breed for hardiness against cold snaps and new pathogens, were identifying plants that could also thrive in extreme heat. “It’s an unprecedented opportunity,” says Frank Morton, owner of Wild Garden Seed of Philomath, Oregon, speaking on one of the hottest days of last June from a bed of his red-speckled Lava Dome lettuce, where he’d just found many “perfect” heads among others that were “cooked” due to the soaring temperatures. “Extreme events are what moves plant breeding projects along. If everything is always moderate, you just don’t learn very much.” 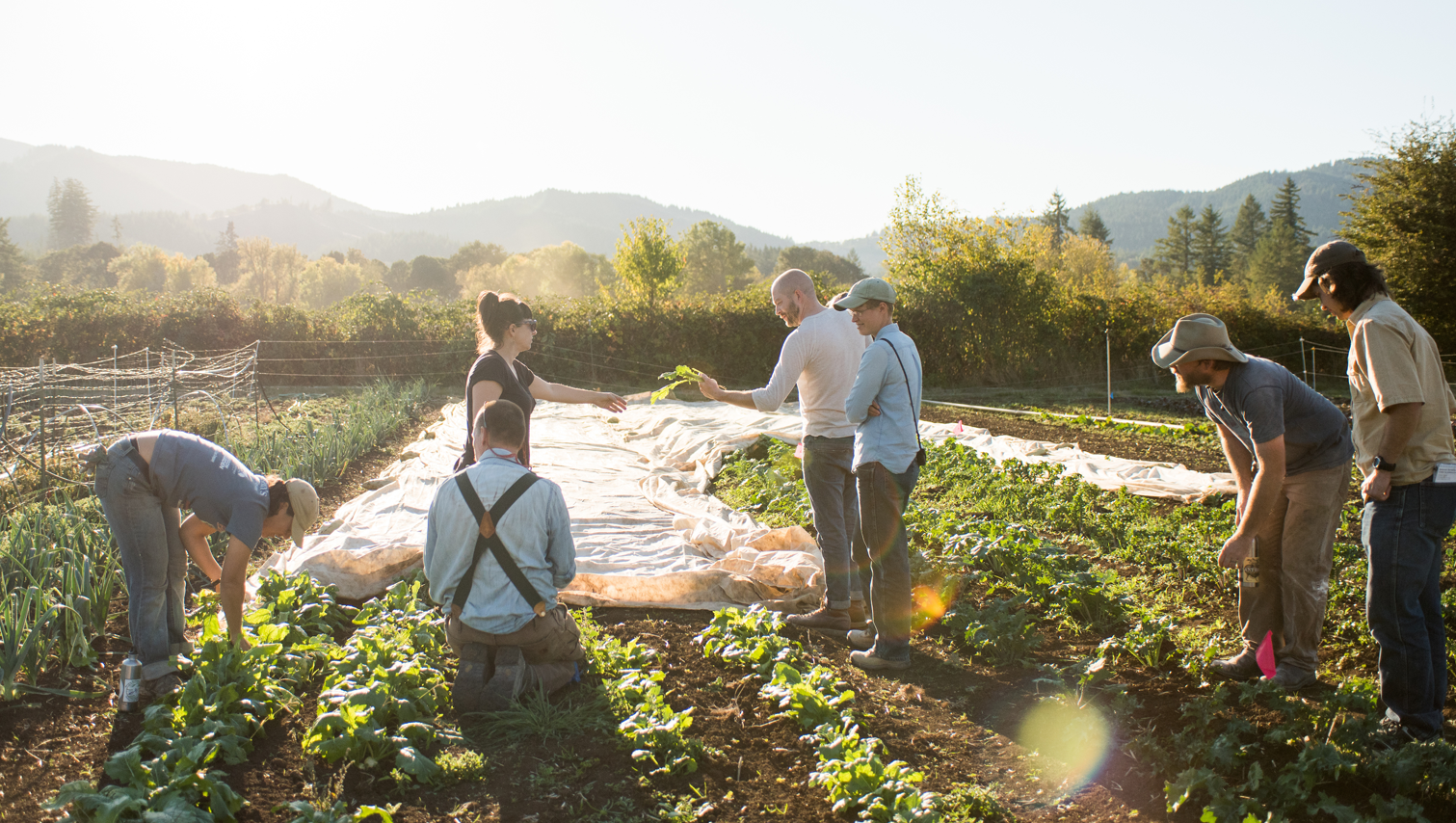 Despite doing such critical work, breeders like Morton often work largely in isolation from the farmers, chefs, home cooks and other produce buyers who depend on them. But this is changing, thanks in no small part to Lane Selman, an assistant professor of practice at Oregon State University (OSU) and director of the Culinary Breeding Network (CBN), an organization that she founded 10 years ago. “It’s about joy and justice,” Selman says, borrowing the Slow Foods slogan to express in the most elemental way what the CBN is all about. The CBN is almost single-handedly run by Selman, but it is supported by a large community of “hidden wizards,” as Selman calls plant breeders like Morton, plus farmers, chefs and other food world stakeholders. Key to its growth and success are Selman’s own passion and skill for communicating and connecting, exemplified through the network’s participatory variety trials, events, and engaging, multi-faceted educational campaigns. The goal is to help develop, identify and promote new and delicious vegetable varieties that do well under organic farming conditions. Often, the varieties are open-pollinated, which boosts seed sovereignty by giving farmers who purchase the seed the ability to save, grow, exchange, adapt and improve it themselves.

Opportunity came in the form of a farm connected to Agritopia—a planned community surrounded by a 21-acre agricultural site that he’d helped design, which had gotten him interested in food production in the first place. The farm had struggled financially for its first 10 years and needed a new operator. “Away we went,” he says.  Within a year, the farm was profitable. “Maybe a lot of it was because I didn’t think like a farmer and therefore didn’t have the constraints of doing things a certain way,” he says. He couldn’t change the farm structures, fields or orchards, so he concentrated on making the operations more efficient. That’s reflected in the systems that he implemented rather than the design of the farm itself. 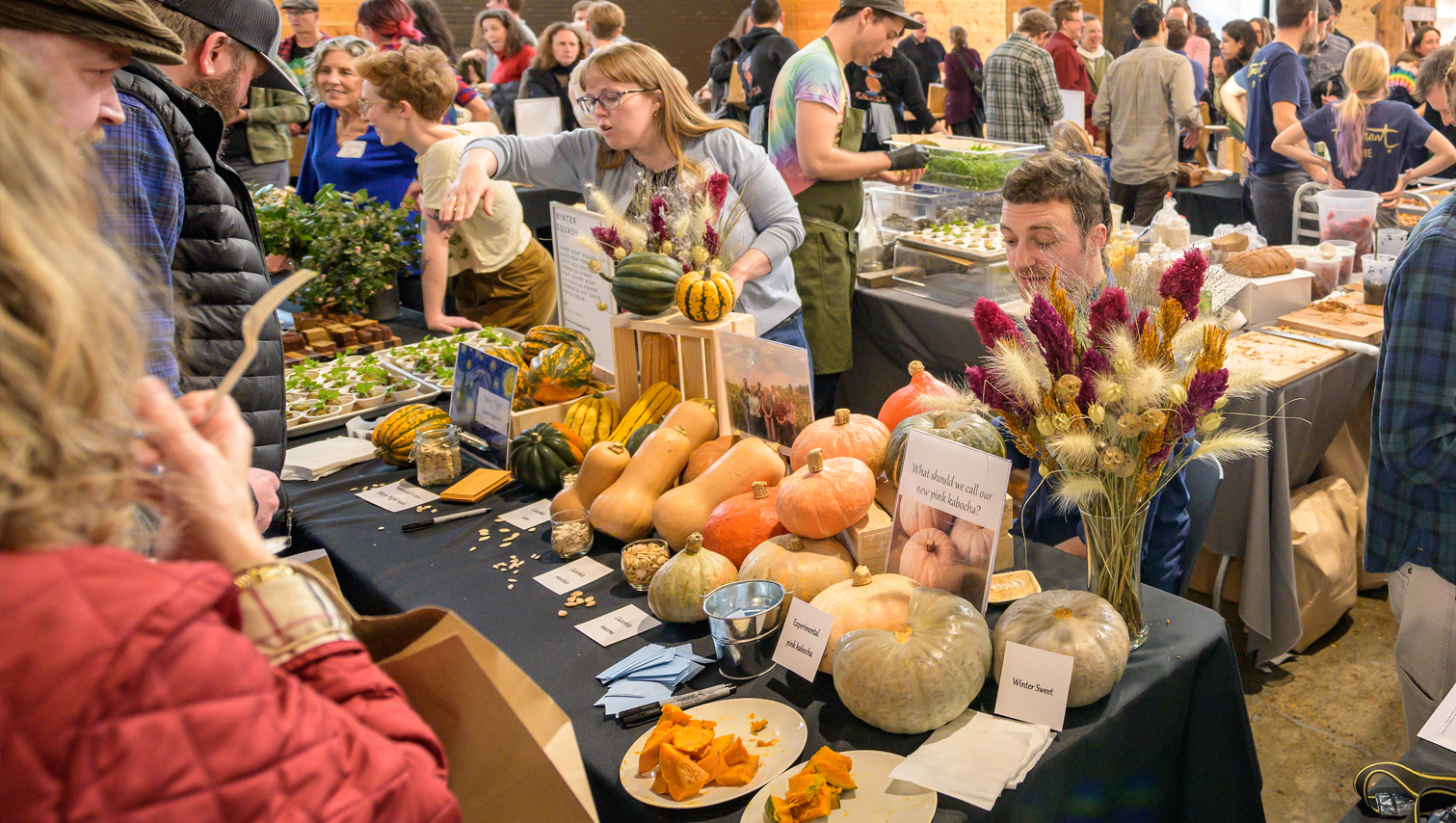 As long-time organic growers know, there was hardly any organic seed available when the United States Department of Agriculture’s (USDA) organic program began in 2002. Funding of public plant breeding was also in decline, and consolidation of the seed industry and restrictive forms of intellectual property rights were both on the rise. The four multinational corporations that own the majority of the world's seed supply are financially incentivized to produce and sell conventional seed that depend on large inputs of synthetic fertilizers and pesticides, as this is what they also happen to sell. And through a large arsenal of intellectual property restrictions, some seed companies have laid claim to not just their seed, but also through utility patents, to their plants’ broad traits, such as heat tolerance in broccoli or a specific shade of red in lettuce. This does not just limit their own seed’s use, but also hampers breeding by others.  The good news, says Kristina “Kiki” Hubbard, Director of Advocacy and Communications for the Organic Seed Alliance, is that the organic seed business has grown tremendously in recent years, and there are now dozens of organic seed companies serving organic growers. Also, by 2023, the most recent U.S. farm bill will increase annual federal funding of organic research to $50 million—more than double what was allocated by the previous farm bill.

But at the same time, she says, more than 60% of organic farmers recently reported that they are still relying on a loophole contained in the original organic rules that allows them to use conventional seed when similar organic varieties are not available, as long as it is not genetically modified or chemically treated. The figure is a marked drop from the more than 70% who were not using all organic seed five years ago, but a clear sign that most organic growers still do not have access to enough of the organic seed they need, Hubbard says.  With a background in agronomy and integrated pest management, there were many aha! moments that gradually inspired Selman to launch the CBN, but the most striking, she says, came during a sweet pepper breeding project she convened through her role managing OSU’s arm of the Northern Organic Vegetable Improvement Collaborative (NOVIC). The USDA-funded program supports collaborative research and development of organic crops for use in northern states by public breeders from OSU, Cornell University, the University of Wisconsin-Madison, Washington State University, the USDA and the Organic Seed Alliance, as well as several farms in each of the universities’ regions. 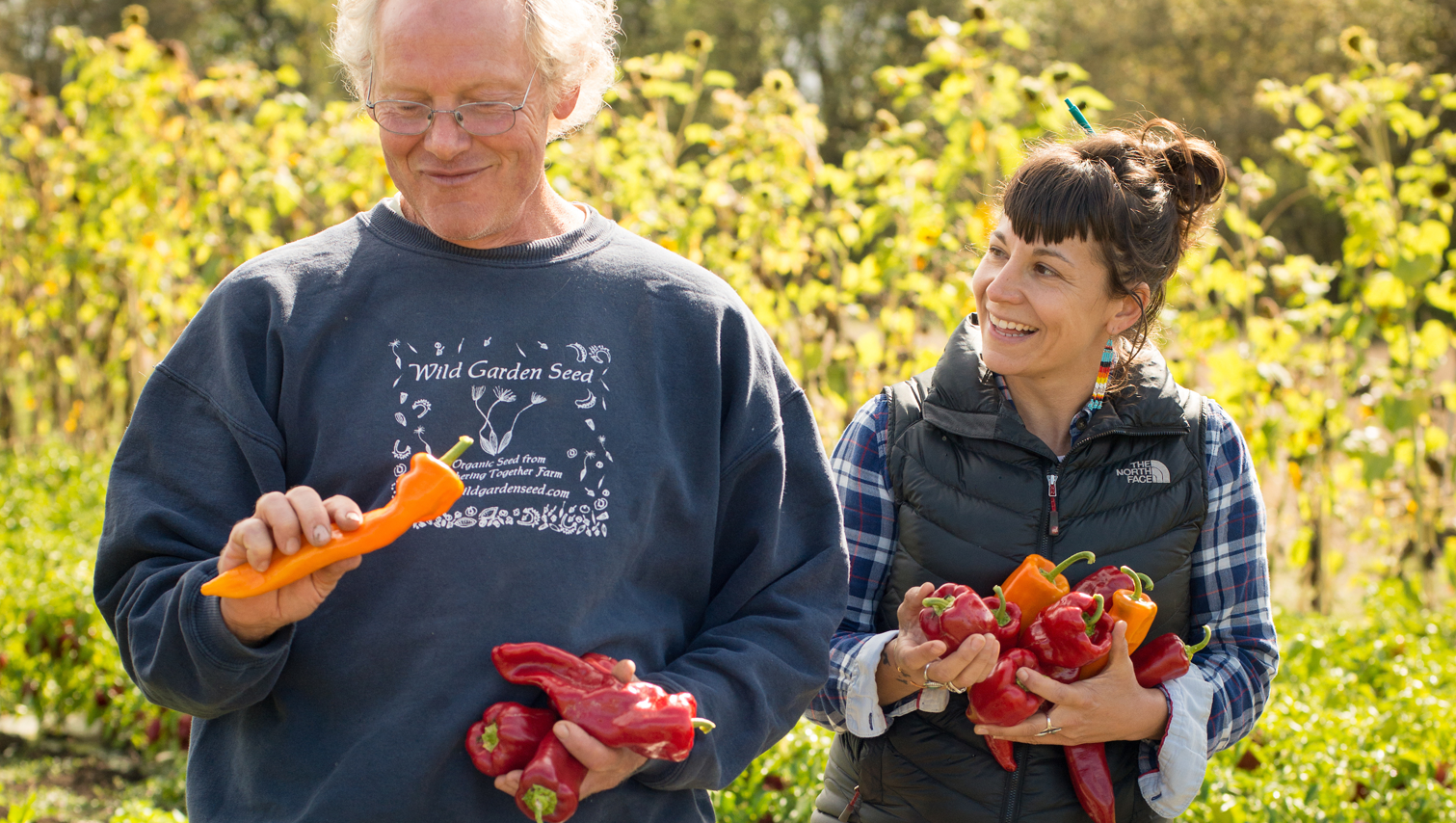 The Oregon farmers had chosen corno di toro-style sweet peppers for their 2010 growers’ choice trial as they were seeking a replacement for a hybrid that performed well for them but was being dropped by the seed company that controlled and produced it.  Coincidentally, Morton had already spent eight years breeding rustic Italian sweet peppers after a farmer had asked for a replacement for another hybrid that was being phased out. Selman included his peppers in that summer’s trial.  Just the sight of Morton's peppers growing made Selman want to share them with the world.   “Walking up to the field from way far away, I thought ‘My gosh, Frank’s peppers, all of them look like hybrids,’” Selman says. “They’re open-pollinated, and they’re going for it, they’re so vigorous, so uniform. The farmers all need to know about this.”