“Symmetry is really important, and simplicity. I want a farm to have good flow in terms of getting to the crops. We basically have one main pathway that’s about 14-feet wide, and then we have some smaller sub-pathways as needed.”

Erich Schultz had a few career paths before becoming a farmer, farm designer, and consultant. In college, the man behind today’s biointensive Steadfast Farm in Mesa, Arizona, studied criminal justice before working in computer and medical equipment sales. With no design experience, he then got a high-end commercial and residential outdoor design firm to take a chance on him. “I had natural design and sales abilities, and was a pretty quick learner,” he says nonchalantly. 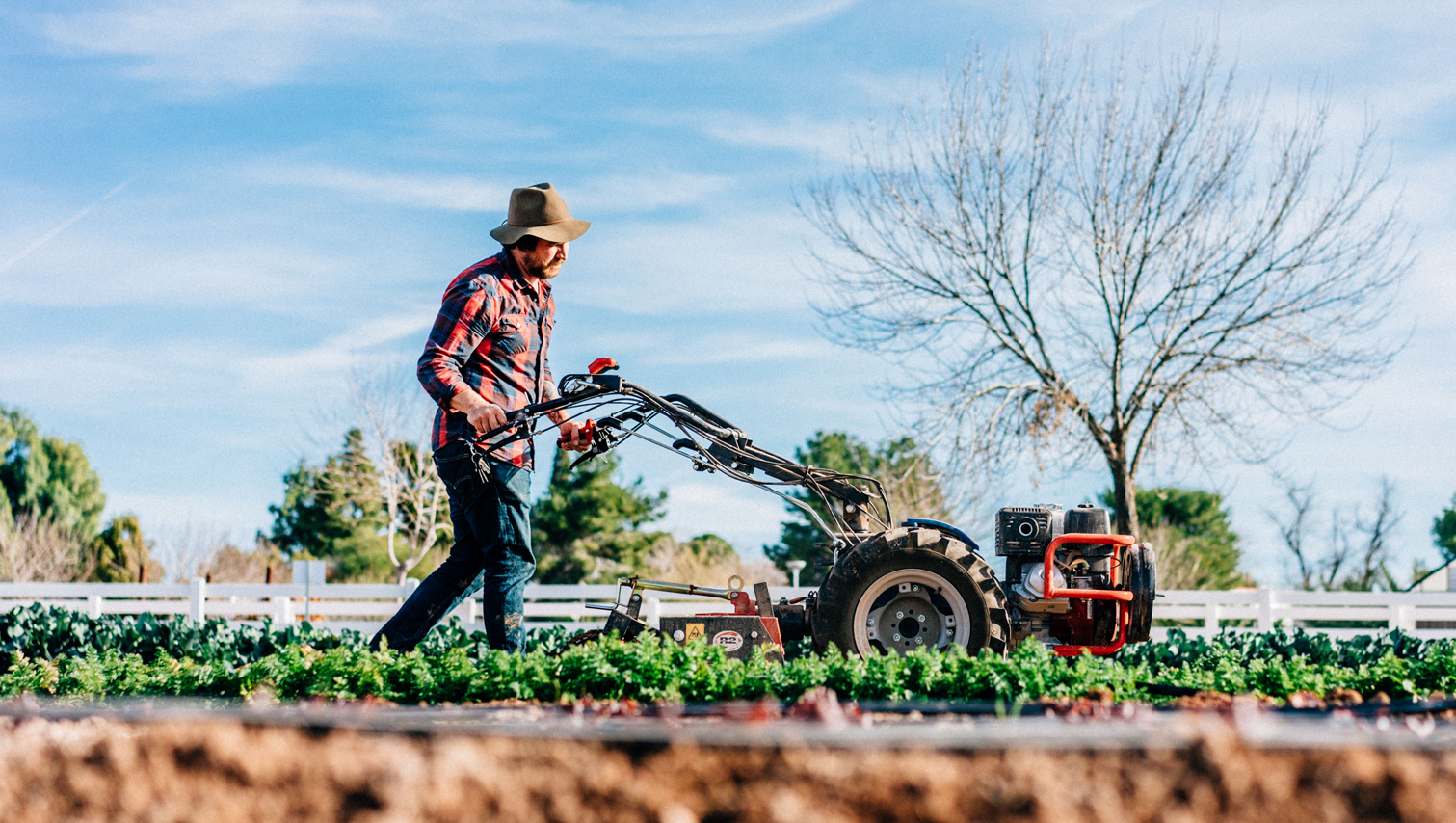 He’d been moving up the ladder from assistant to senior designer, designing large-scale developments, but then, in 2008, he lost his job when the housing market crashed along with the construction industry. “Those were difficult times to be in that industry, so I was looking for a change—something that was a little bit more fulfilling,” he says. 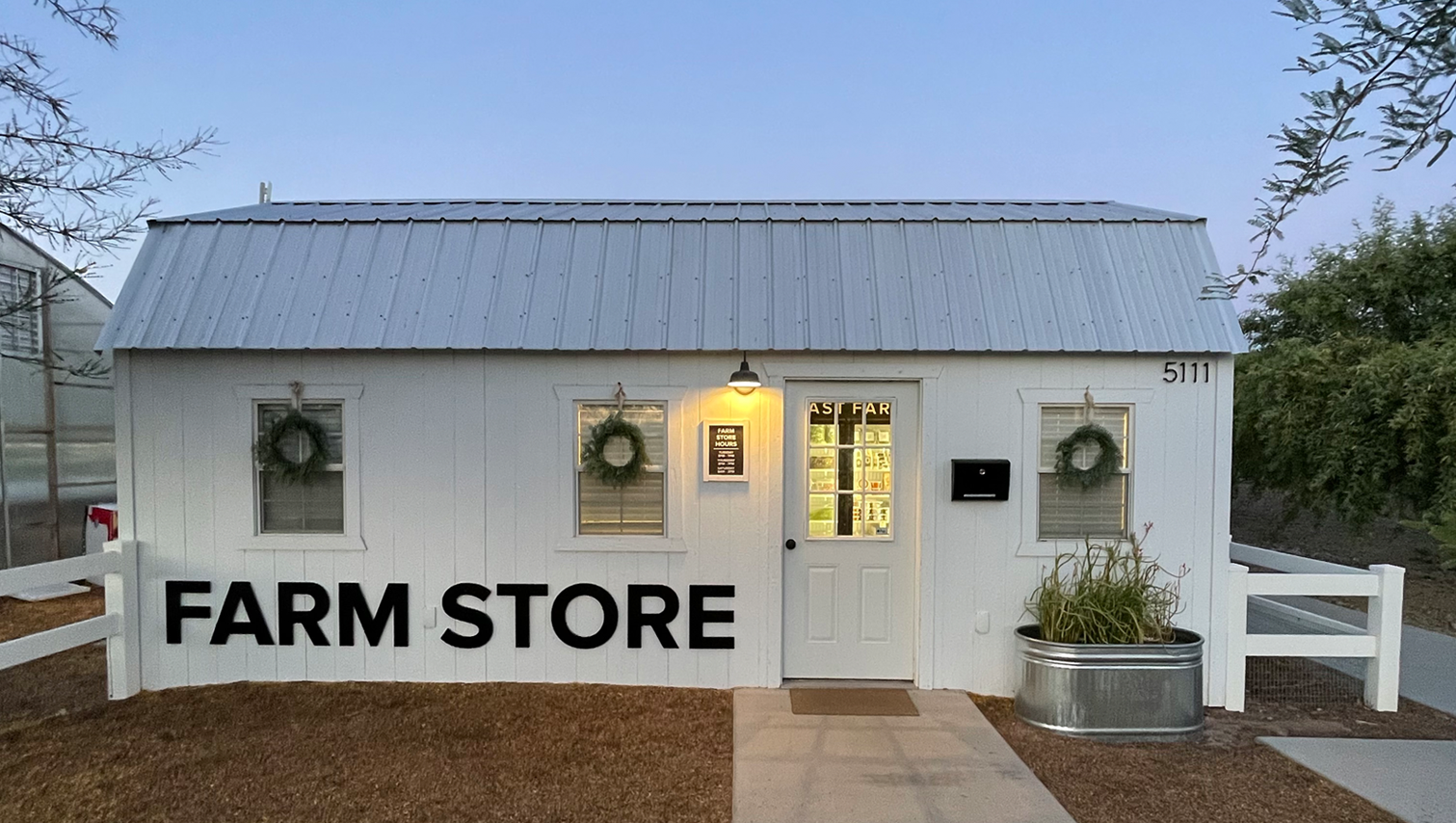 Opportunity came in the form of a farm connected to Agritopia—a planned community surrounded by a 21-acre agricultural site that he’d helped design, which had gotten him interested in food production in the first place. The farm had struggled financially for its first 10 years and needed a new operator. “Away we went,” he says.  Within a year, the farm was profitable. “Maybe a lot of it was because I didn’t think like a farmer and therefore didn’t have the constraints of doing things a certain way,” he says. He couldn’t change the farm structures, fields or orchards, so he concentrated on making the operations more efficient. That’s reflected in the systems that he implemented rather than the design of the farm itself. 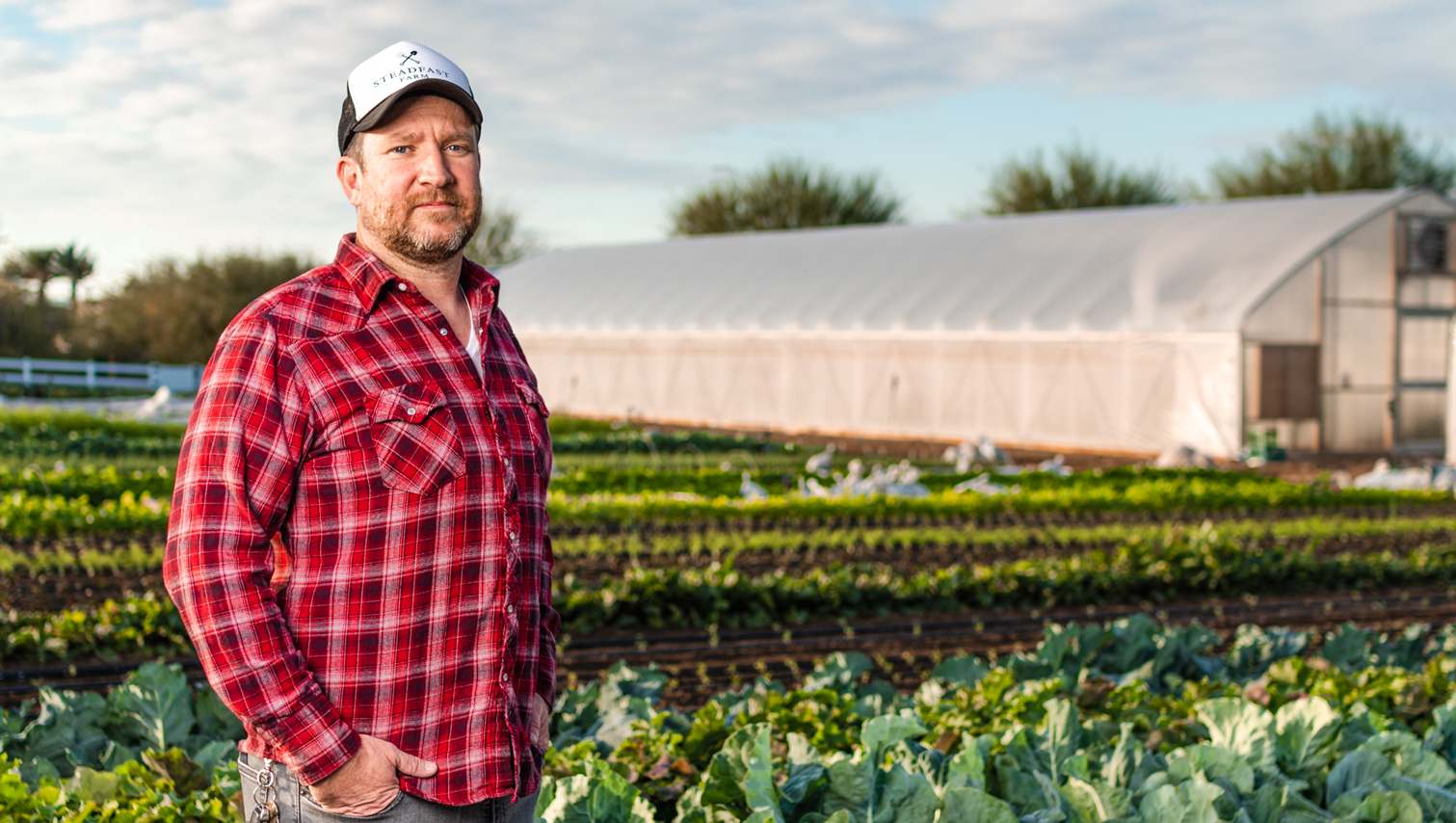 He stayed for five years, first as farm manager when the operation was called “The Farm at Agritopia,” then leasing the land himself and re-naming it “Steadfast Farm at Agritopia.” In 2015, he moved Steadfast 20 miles away, which was when he got his first opportunity to design a farm from scratch. Erich's design was based on a portable and modular infrastructure so it would be easy to move again, which was already the plan.  This time, he’d leased land from a larger entertainment-based farm—think petting zoos and rides. “They wanted a U-pick farm,” he explains, “so we made an arrangement where I would build a farm, use it for production, and after that season they’d give me a different piece of land to start a new farm, and that previous farm would become a U-pick that I would design for them and find and train staff.”  That worked, but after a couple of years, he moved on again. This time, by being part of “agrihoods,” which are communities where farms essentially become another amenity (like a playground, park or golf course), he was able to lease land, making it more affordable.