Matty and Keenan are Figuring it Out

As the celebrity chef prepares for the launch of his second cookbook, he faces his biggest challenge yet: growing vegetables.

“At the end of the day, feeding people is what matters most.”

...Er, but not to worry: Matty Matheson really can do it all. The Ontario-based chef has hosted TV and YouTube shows, a popular podcast, a festival that brought Wu-Tang Clan and food together in one epic Toronto event, and wrote a New York Times best-selling cookbook (his second book, Home Style Cookery, hit shelves in September), all while running Matty Matheson’s Meat + Three, a curb-service home-style barbecue joint. Thanks to his unabashed personality and all-embracing positivity, Matty has seen his fame skyrocket over the last few years - his Instagram account alone has more than 920K followers. It’s safe to say that he can now call the shots. But unlike many celebrity chefs, he doesn’t want his next venture to be a glitzy Las Vegas restaurant. All Matty wants is to talk about food security and learn how to grow vegetables at Blue Goose Farm, a project he launched last spring with his buddy, chef Keenan McVey. 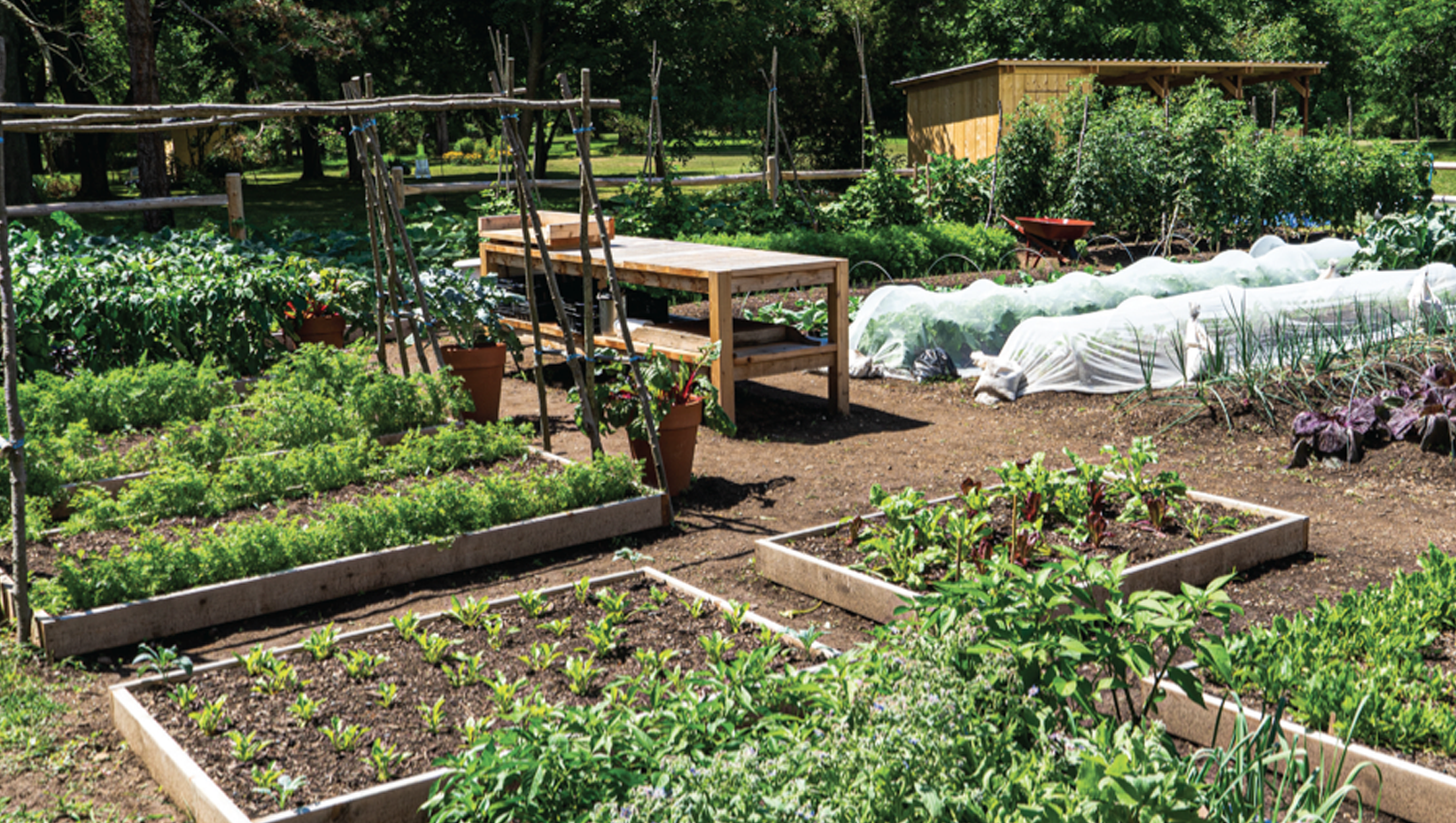 The two met back when Keenan was the chef de cuisine at Toronto’s Bar Raval. “I saw in him some really nice inner peace,” says Matty about Keenan. “You don’t often see that in chefs.” In 2018, after years of traveling the world with Vice, Matty bought a farm with his wife and two kids (baby number three is on the way), and moved back to Fort Erie, Ontario, where he grew up. But looking out onto his massive yard, Matty felt guilty. There was too much empty space. “Why do I need six acres of grass?” he asked. “I need to start growing vegetables.” It wasn’t until Keenan came down to help Matty with his book that the idea for Blue Goose Farm began to really take shape. “We just started talking about farming and it sort of snowballed,” says Keenan. Soon after that, Keenan relocated his family to the Niagara region and the two friends got to work.

But just as they were gearing up to start seeding, COVID-19 arrived at their doorstep. The early days of the pandemic threw shockwaves across nearly every industry, but especially the food business. Restaurants shuttered and grocery store shelves were left bare for weeks, exposing the weaknesses of international grocery supply chains, and paving the way for food security to enter the national conversation. People began to realize the extent to which Canadians had been outsourcing food production: up to 80 percent of the country’s fruits and vegetables are imported, mostly from the U.S. Suddenly, “buy local” had become a rallying cry for those wanting to help Canadian industries suffering from the impacts of COVID-19.