The desire to listen to such a song can almost feel like a physical need. Last year, that need was pent up in San Luis, a haunting, atmospheric track by indie-folk singer-songwriter Gregory Alan Isakov. At the time, I was taking huge steps into the unknown. I’d made a move from the city to the country all by myself, complete with a first car, first mortgage, and first septic tank — nothing compared to the pressure of learning how to work with clay soil and living for the promise of a real garden. 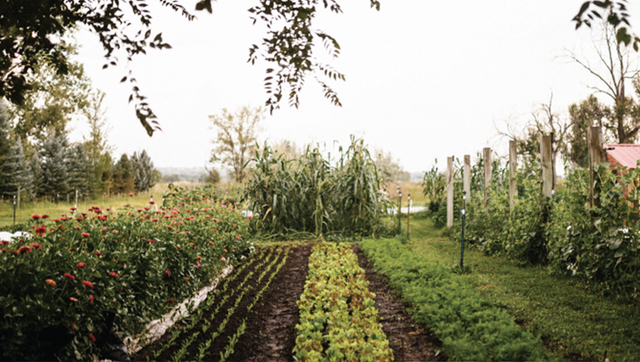 The spaciousness of the song accompanied me as I moved toward the hope of a life I could sense but not yet grasp. I’d play it every time I hit the road for my brand new corner of paradise, and again when I got into the car to head back to the concrete jungle. The song felt like a friend telling me I’d made the right decision.

In a strange twist of fate, this move also led me to discover that Gregory Alan Isakov is not just a songwriter brimming with soul, but an organic grower connected to my network. When I finally gathered the courage to reach out, he was kind enough to speak to me about the contrast between his life on tour and the tranquility of his Colorado farm.

Though Gregory is better known for his music, he’s been farming for years. Long before his songs became indie-folk staples, he attended Naropa University, founded by Tibetan monk Chögyam Trungpa. That, he says, was his initiation to farming. “I’ve often wondered what brings a person into agriculture; why we love what we love. For me, it was this ineffable love I have for soil, really. I was curious about Buddhism but left [university] almost more excited about soil science. I had worm bins all over the place, making compost and experimenting with soil and seed mixes. My girlfriend at the time was like, ‘You can’t have worms in every room of our house!’ ”

Gregory worked on farms throughout college, with music as a hobby - one he never dreamed he’d get to do for a living. But, he says, after years of working on other people’s farms, he was suddenly struck with the thought that he might try to go on a little tour in his truck through the Northwest. So he did.

“There are so many things I love. I think our culture is just set up this way, but it is completely possible to have more than one job and more than one passion and be good at both of them, or more than two. We’re capable of so much.”

He played in coffee shops and sewed record covers with his own sewing machine. “I would be like, ‘Alright, I’m going to do this, I’m going to sell 10 CDs and get to the next coffee shop.’ I just really wanted to see the country and camp for free, and basically, that’s how I got into touring. And so the dream became, ‘I want to make a living at this. This is so exciting.’ ”

But he missed the soil and yearned for the farm. So he decided to do both.