In July, my boyfriend and I embarked on an RV road trip that would take us from Seattle to Baja California. We’d realized that we could keep practicing COVID safety measures while traveling in an RV—and after three months of strict lockdown in my tiny Montreal apartment, we needed to get out. I had heard all about the beauty of the Pacific Northwest and was excited by the journey. The plan was simple: surf, work and meet change-makers.

"The smoke finally cleared on the road to LA. We were met with the singular, unending view of industrial farms as far as the eye could see."

It took us two and a half months driving down Highway 101 to reach Mexico. We saw incredible landscapes—and unfathomable environmental devastation. Outside the boundaries of the national parks in Washington, miles of mountains were stripped of their forests, with tree stumps left as a testament. Obsolete dams, which continue to restrict the flow of rivers and therefore the movement of sediments, nutrients, and aquatic species like the wild Pacific salmon, dotted the landscape in Washington and Oregon. When we entered California, the worst forest fires in history greeted us. The redness of the sky, combined with the smoke and ashes swirling about our windshield, gave us the impression of driving through hell. Over four million acres of forest burned. 2020 included the largest wildfire season in history. 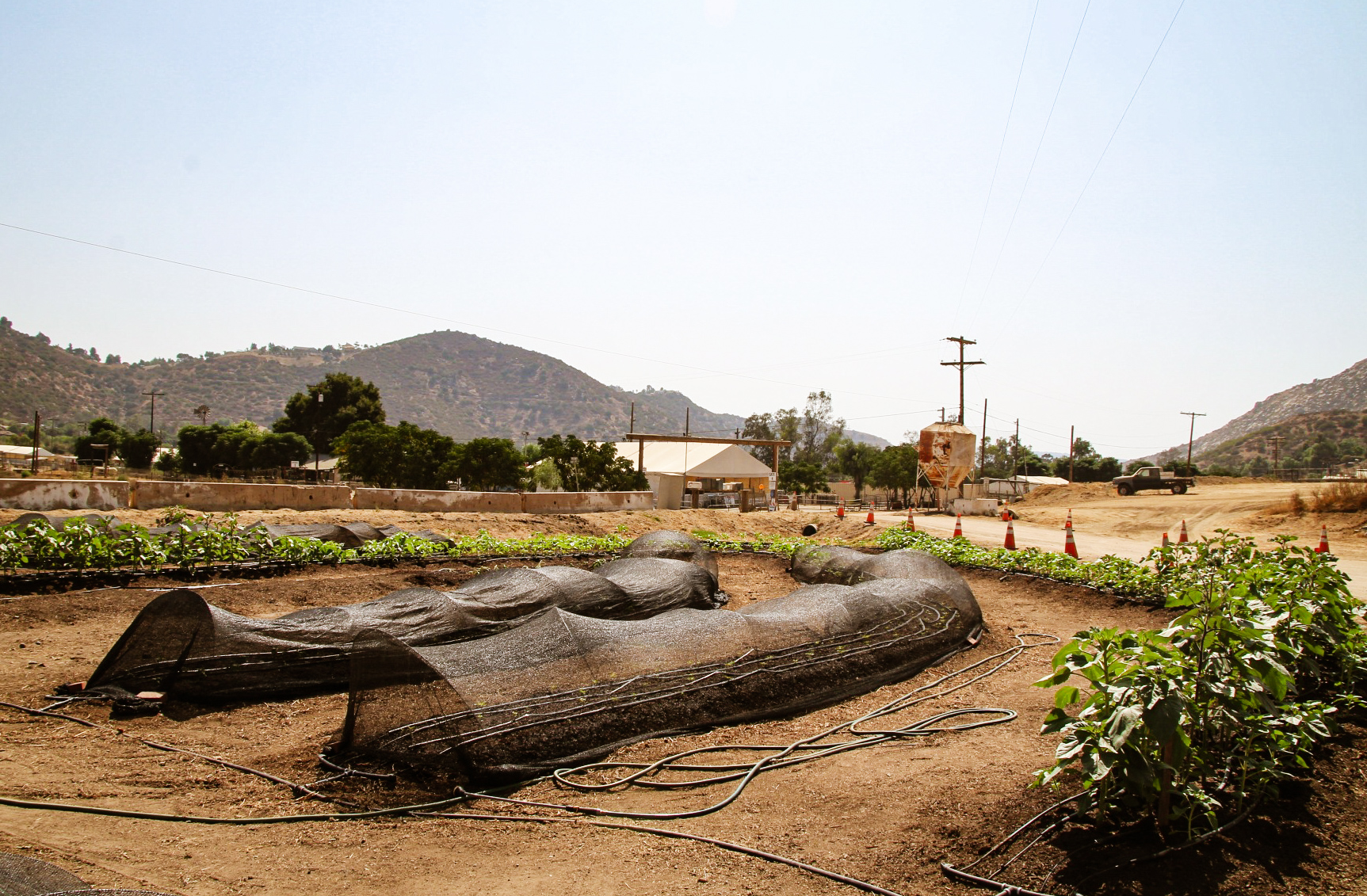 California alone grows over 90% of the U.S. production of organic strawberries, almonds, avocados, cauliflower, lemons, lettuce, broccoli, figs, plums, grapes, walnuts, celery and artichokes. It is also dominated by pesticides, fertilizers and monocropping. Though many small organizations are taking action to protect the environment, it’s difficult not to feel worn down by the fact that humans seem to have completely lost our respect for and connection to nature. So, with all of this concern in mind, I wanted to end our trip to the U.S. on an uplifting note. That’s how we ended up at Jared’s Real Food holistic and organic farm.

Jared happens to be an incredibly cool, very laid back, super-friendly guy. The kind of guy whose entire face smiles when he speaks. It’s this attitude that led him to the world of farming 10 years ago, when he still knew very little about it. He’d graduated college with a degree in finance, had a nine-to-five office job and was working shifts in a hospital as a pharmaceutical clerk. It was only when his grandfather was diagnosed with cancer that Jared started looking for answers: Why do people get cancer ? Why do cancer rates keep increasing ? Every bit he learned pushed him towards natural health and nutrition. To get a better understanding of it, he enrolled in a one-year program in holistic health and got certified as a health coach. During that time, he began to grow produce as a way to provide his grandfather with a healthy source of whole foods. 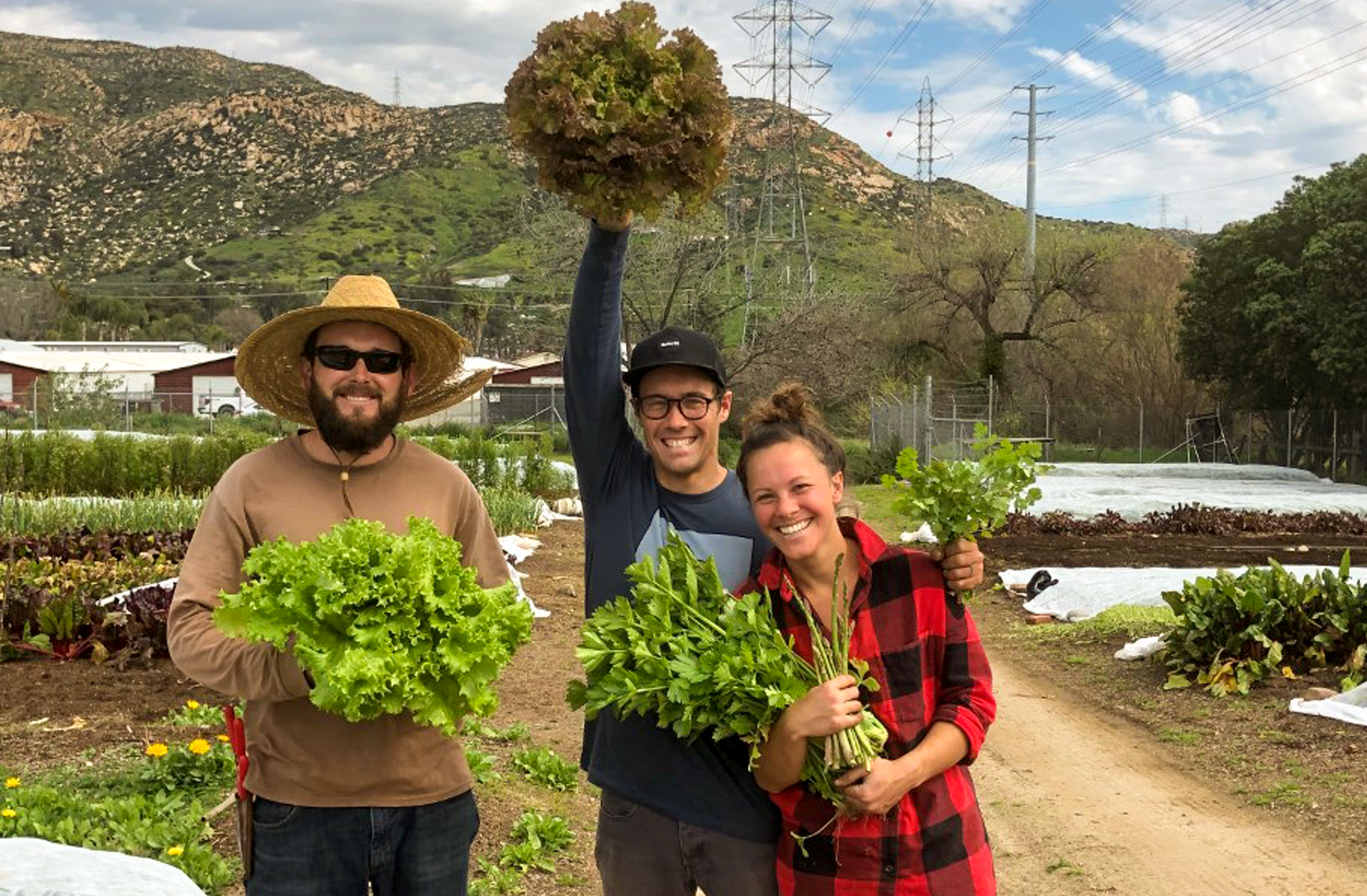 “When I started gardening, I was still living at my parent’s house. There was something so amazing about watching a plant grow from a seed, emerging from the ground and turning into something that nourishes us, that is foundational for human society. I just fell in love with that ”, Jared said.

Farming started as a weekend project, given that Jared was still working full-time. Slowly, he began taking time off from his jobs, eventually downgrading to part-time before quitting finance entirely. He kept his job at the hospital, but ultimately felt he was part of a corrupt medical system where business and profit were more important than healing the sick. Ultimately, he quit that job, too, turning his whole focus to farming.