On a Mission to Make Growing Food Cool Again

In the summer of 2020, when Alessandro Vitale posted his first video online, showing how to grow basil in the backyard, he never imagined it would be such a pivotal moment in his life. In the seven-minute clip,Vitale stands inside of a small greenhouse overflowing with tomatoes, calendula, and basil plants. Dressed in a loose grey sweater and cargo pants, he looks into the camera and casually explains how to cut and propagate basil in order to achieve something like the luscious example he holds in his hands. Tattoos cover his hands and snake up part of his face, which is beaming with a generous smile. The video is simple, unpretentious and to the point. Watching it, you feel as though you’re hanging out with a really cool neighbor.

That’s very much Vitale’s aim. “Hopefully I can inspire more people to grow things on their windowsills or in their front yards,” he told me on a springtime Zoom call. The first rays of sun had broken through the gray London clouds, and Vitale had just come in from tending to his garden to chat with me, exuberant about the prospect of another great growing season. “But it’s also more than just gardening, I want to show people how to live more sustainably and give them a way to reconnect with nature.” Since that first video, he’s become something of a celebrity urban gardener. He’s amassed a dedicated following, especially on TikTok, where more than half a million followers watch bite-sized clips on everything from making your own hand soap, to pickling vegetables, and growing herbs. On YouTube, he posts longer videos about how to make compost, save seeds, and grow vegetables. But for Vitale, who is also a vegan, it’s more than just about growing and using vegetables—it's a gateway drug to a more sustainable lifestyle, and a way to help a growing urban population root them- selves a bit more in nature. 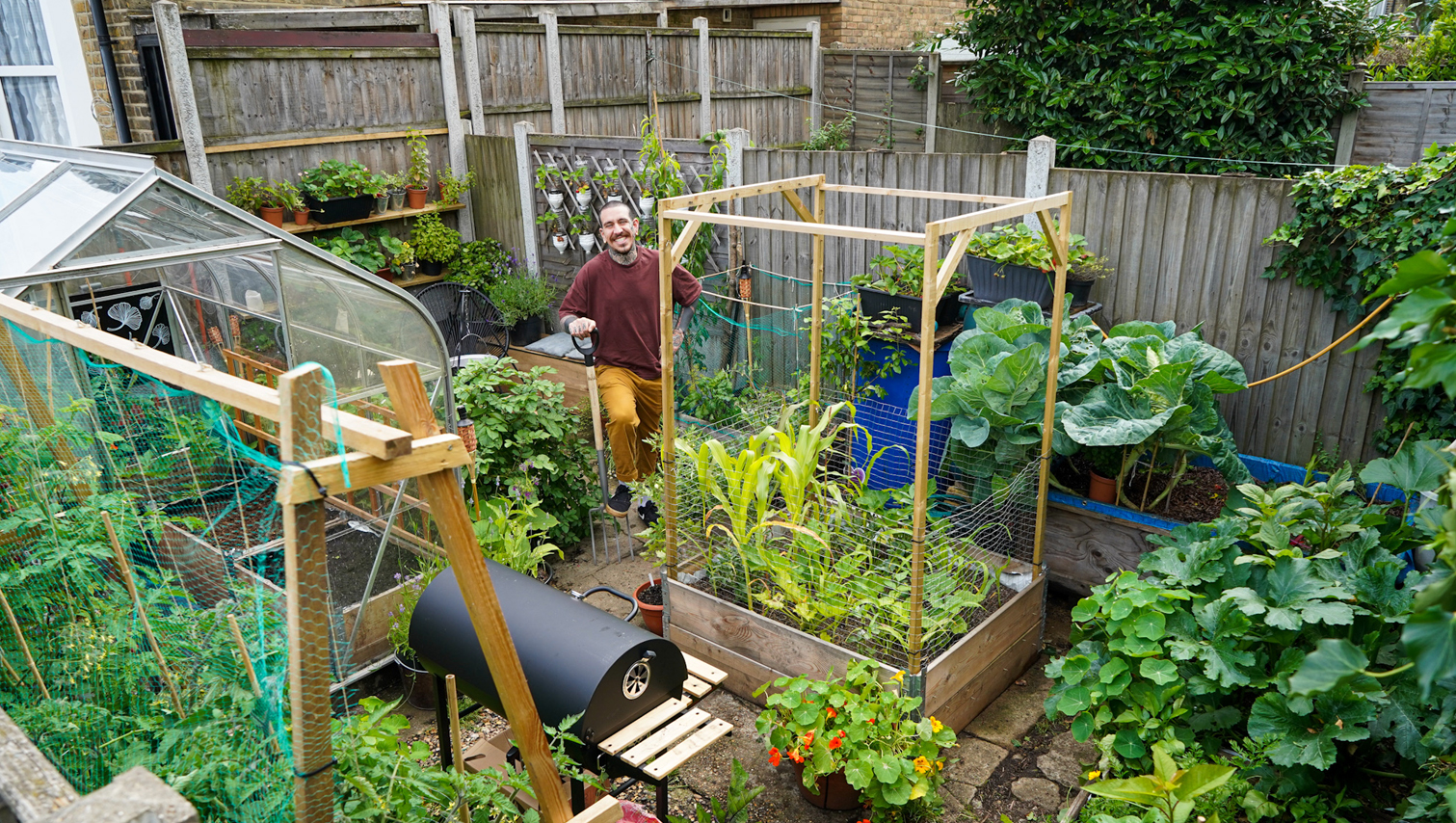 Vitale, whose eclectic resume includes working in a winery and making handmade shoes, does not have a background in farming or sciences. He locates his passion for growing food in his Italian childhood. “My grandpa taught me pretty much everything,” he said. “He taught me all about the living soil, how not to use conventional methods, to nurture plants, and to create a space that is more in line with nature.” His grandmother had a small backyard garden where she harvested fresh vegetables for spirited Sunday family meals, showing him that you don’t need a lot of space to grow food, just dedication. 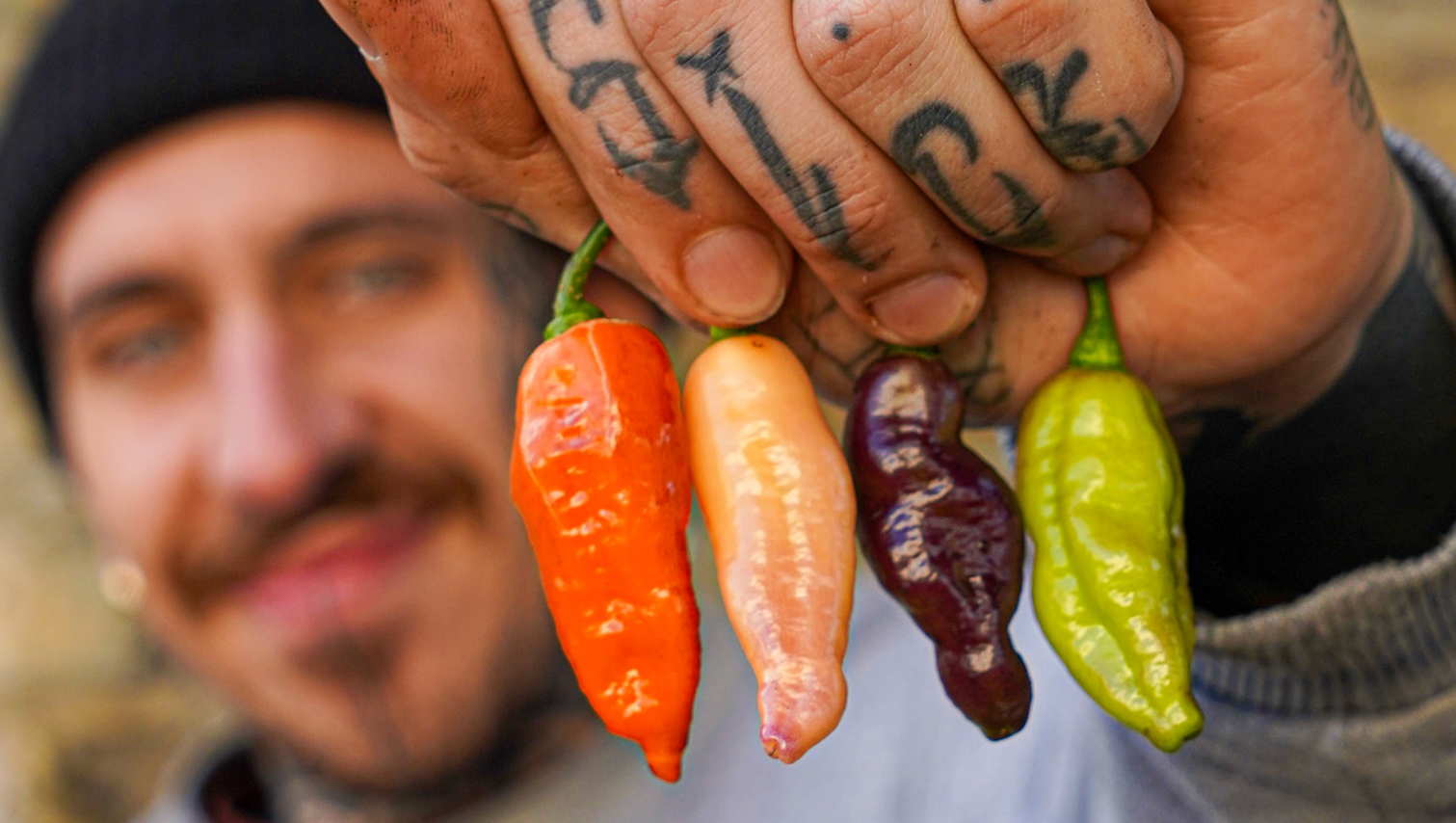 These things came back to him pretty quickly when he moved to London just shy of a decade ago. “Everything was gray and chaotic, and everyone was focused on their daily routine. They had lost the link with nature.” Initially he just put out a few pots on his balcony, filled them with seeds, and found a certain peace in tending to them. He started out as what he jokingly refers to as a “chilihead,” growing mainly spicy chilies, of which he has now collected hundreds of different varieties of seeds (it’s also what sparked his brand name, “Spicy Moustache”).

"At some point I’d like to manage to grow almost all year round. But I’m still trying to figure out how to do that."

But over the next seven years, he moved five times, something he now considers more of a blessing than a curse. Each time, he was able to grow, rethink and reconstruct his garden, and branch out—both literally and figuratively. Through trial and error and an indefatigable curiosity, Vitale has managed to overcome the challenges of urban gardening: awkward spaces, lack of sun, poor access to water, and impermeable concrete surfaces everywhere. 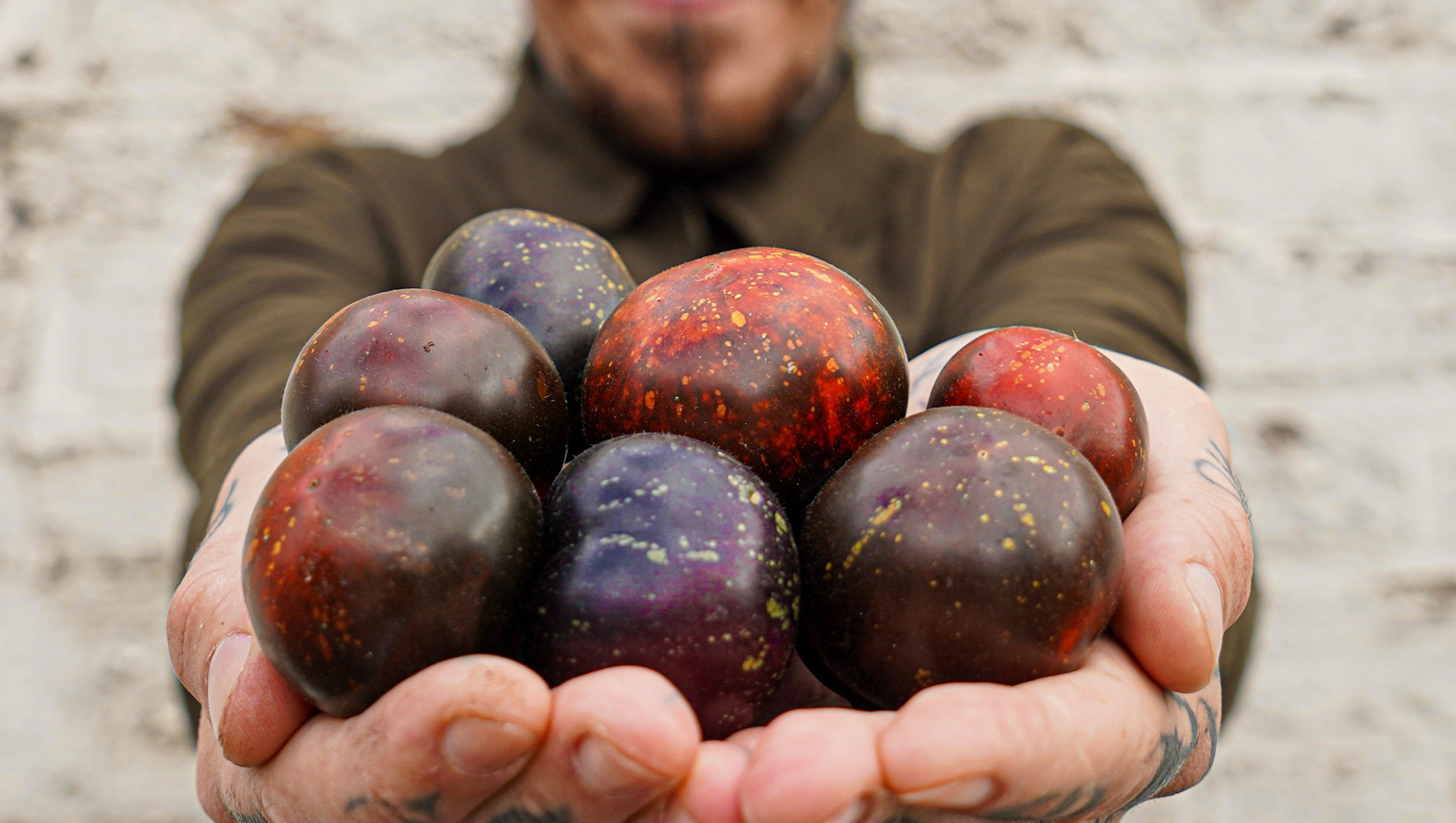 He developed an eye for optimizing a given area. “Rather than viewing the garden as a horizontal space, I started to consider the fence and any sort of vertical area that I had around the garden as objects that I could potentially use for plants to climb on or as a trellis for plants to grow,” he told me. Vitale’s new space is more permanent, and by far the most impressive version of his garden. Strawberries hang off of vertical planters on the wall, a small greenhouse bursts with tomatoes, chilies, eggplants, and herbs, while potatoes grow in sacks outside. He now grows up to 50 varieties of fruits and vegetables in his 26 x 16 foot backyard in northeast London. Allessandro has also matured from his days as a chilihead.

Where he once bought store seed varieties or even planted seeds he took out of vegetables, he now uses almost exclusively heirloom seeds, saving them himself and sharing techniques for how to do that with a growing and dedicated group of followers. “Most gardeners would say that saving seeds is addictive,” he says, “because it is.” This year, he’s already started more seeds than he can plant in his garden, with the intention of giving them away to neighbors, friends and his wider community.