How Jillian Hishaw is Fighting for Black Farmland

Jillian Hishaw knows firsthand how the loss of land affects Black families in the US. Her grandfather was raised on a farm in Oklahoma and took care of it for the family. “We would grow things in the backyard garden at my grandparents' house,” she said. “But we lost the farm because of a dishonest lawyer.”

Hishaw’s great-grandmother had hired a lawyer to pay their taxes, but he refused to pay and ultimately sold the farm. “Our 40-acre farm was sold at a tax lien sale, but we weren't given notification,” Hishaw said. Years later, the family returned to the site of their beloved farm and found an oil pump in place of Hishaw’s grandfather’s house. “It did affect my grandfather later on in life and he didn't like to discuss how we lost the farm.” 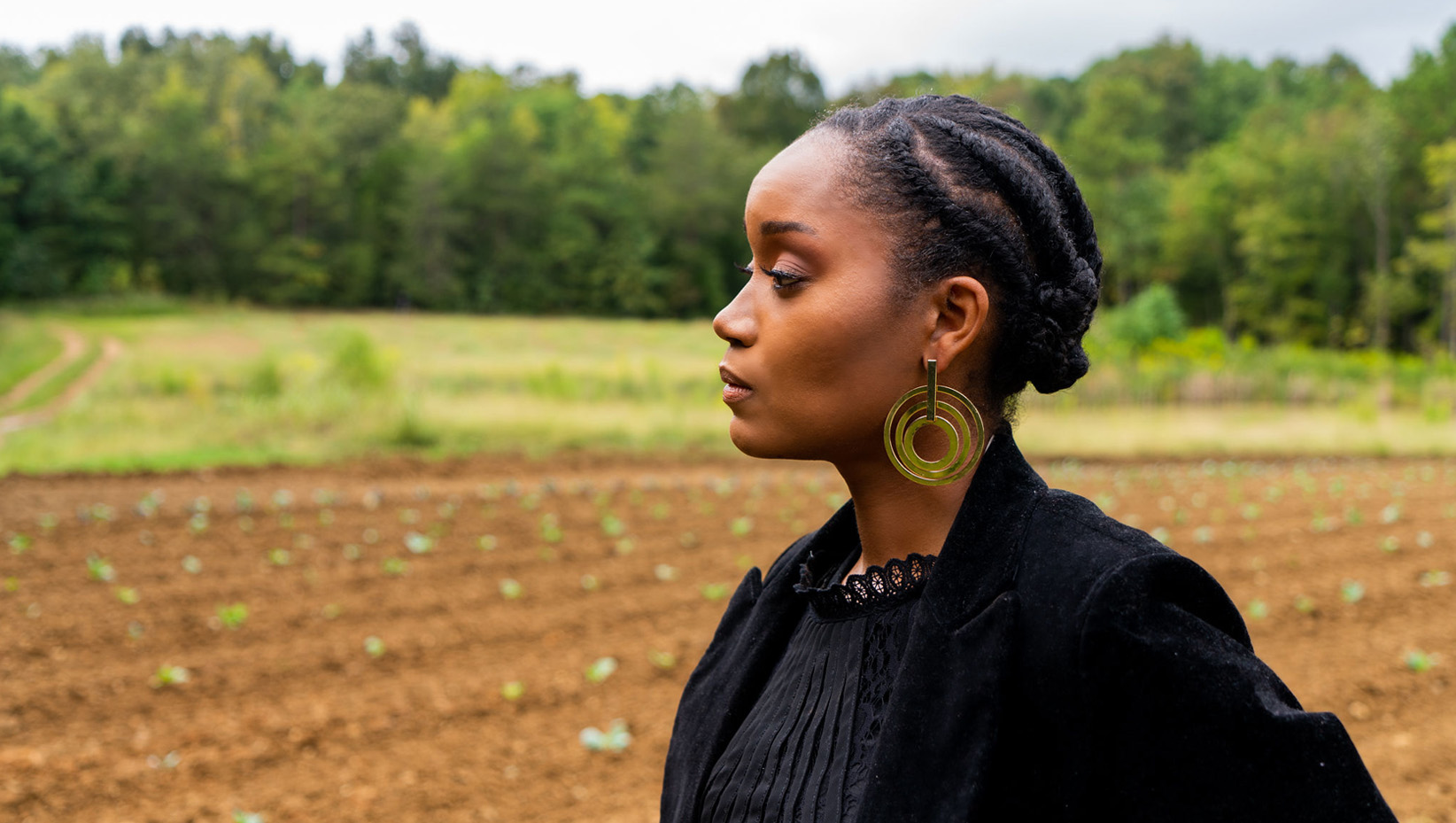 This loss inspired Hishaw to get a master's degree in agricultural law and to seek a job at the USDA, where she helped fight discrimination within the department. But ultimately, she decided to devote herself to helping aging Black farmers facing systemic discrimination — farmers like her grandfather. In 2013 Hishaw founded the Family Agriculture Resource Management Services (F.A.R.M.S.), a nonprofit that offers honest legal services. “I just knew that I could make a broader and better impact outside of the department,” she said.

Hishaw sees cases across a wide spectrum of loss and injustice. There are families like the Williamses in South Carolina who’d owned their farm for generations before facing foreclosure. “They were dealing with a reverse mortgage and we stopped the foreclosure of the house and the land,” Hishaw said. “And now the land and the house is back in the family's name. And the deed and the title are clear. There are proper estate plans in order and the farm is now fully functioning once again.”

“In the wake of nearly 250 years of slavery, many emancipated Black Americans turned to farming to generate wealth. By 1910, Black farmers in the U.S. had acquired as much as 19 million acres of land and comprised about 14% of the country’s farmers.”

In the wake of nearly 250 years of slavery, many emancipated Black Americans turned to farming to generate wealth. By 1910, Black farmers in the US had acquired as much as 19 million acres of land and comprised about 14 percent of the country’s farmers. But in the years since, Black farmers have lost an astonishing amount of that land. According to the United States Department of Agriculture’s 2017 farm census, just 1.3 percent of the country’s farmers are Black, and Black-owned farms control just 0.5 percent of total farmland. Meanwhile, 96 percent of farmers are White, and 98 percent of total acres are White-owned. How did this happen? The reasons have been well-documented for decades: eminent domain  (where the state can seize private property without a property owner's consent), poor estate planning, unprofitable business models, federal social programs that convince owners to sell, and systemic discrimination by the USDA all play a role. 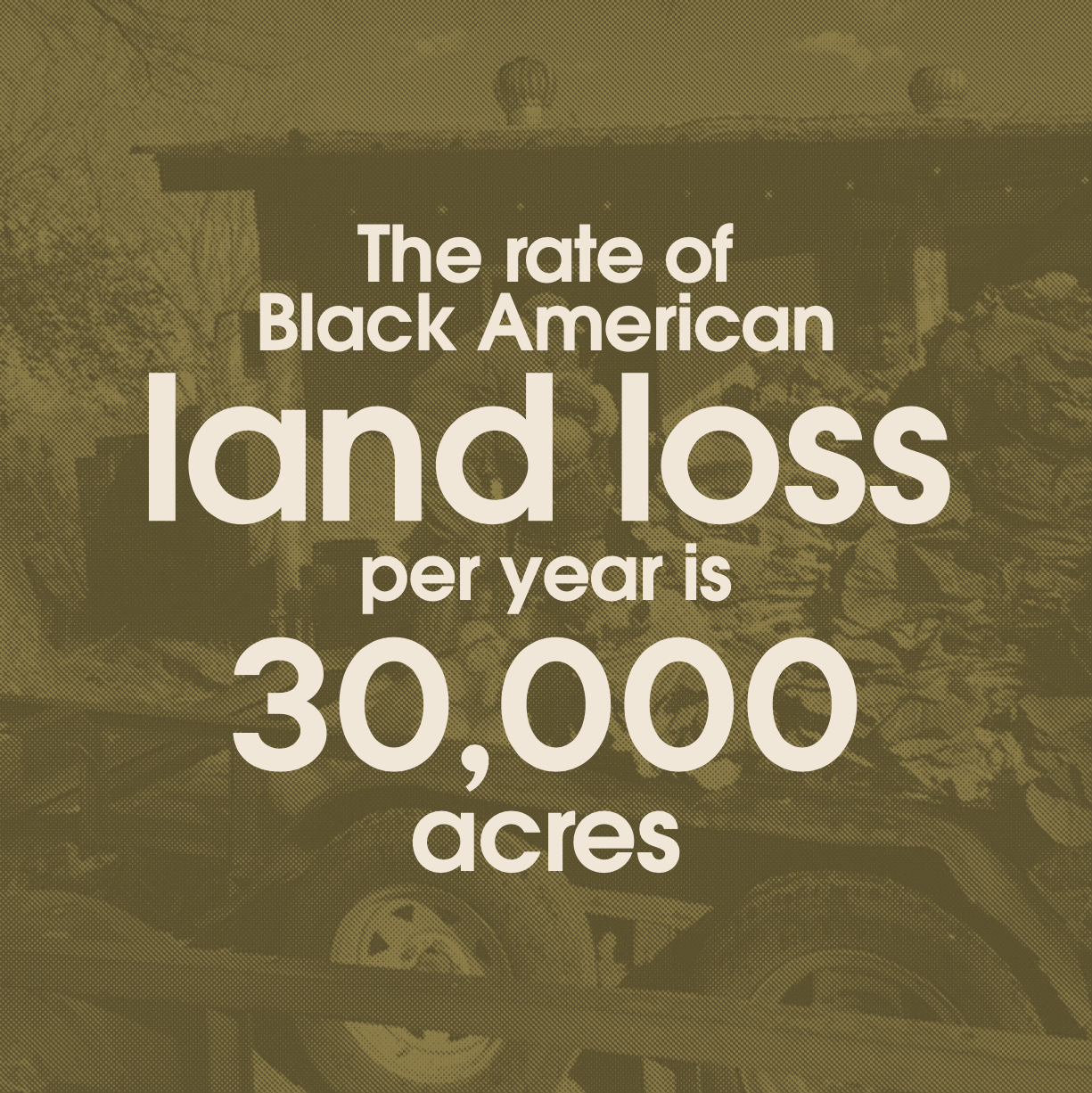 In her book Systematic Land Theft: The History of U.S. Tactics Keeping Tribal Nations from Reclaiming Their Land and Blacks Landless, Hishaw describes a case in which the Department of Transportation wielded eminent domain to build a highway on a farm that a family had worked since the 19th Century — but the government didn’t pay a fair price. “What's required under the Fifth Amendment, when the municipality takes someone's property, is that they have to pay that owner the fair market value of that property at the time, but nine times out of ten, they don't,” Hishaw said. “And so once again, it’s just a way for a government entity to take from Black and Brown landowners.”
In total, F.A.R.M.S. estimates that 30,000 acres of Black-owned farmland is lost every year. Hishaw says one of the biggest reasons is heirs selling due to family disputes or because they don’t realize how to turn a profit. “There are so many different ways that you can make money on the land, but they've grown up seeing their dad or parents struggle with the farm. They just don't see it as an asset,” Hishaw said. Farmers are sometimes also pressured to liquidate their assets to qualify for Medicaid. As Hishaw explains in her book, Don’t Bet The Farm on Medicaid: “You have to strip down to the bare minimum in order to get health care coverage as an elder or senior citizen. Let’s say you apply for that coverage and don’t qualify but have already started to receive those services, you owe an outstanding debt.They often put a lien on your house or your land and force the sale to cover the debt.”