Vox-Pop with the Family Farmers Network

For 25 years, the Family Farmers Network (FFN) in Quebec has been cultivating solidarity between the passionate people who farm and those who want access to fresh, local organic food and CSAs. 2021 was a special one for the FFN as it celebrated its 25th anniversary. For the occasion, I handed the microphone to five of their farmers to hear their thoughts on what they think the future of agriculture will be.

Participants in this special Vox Pop: 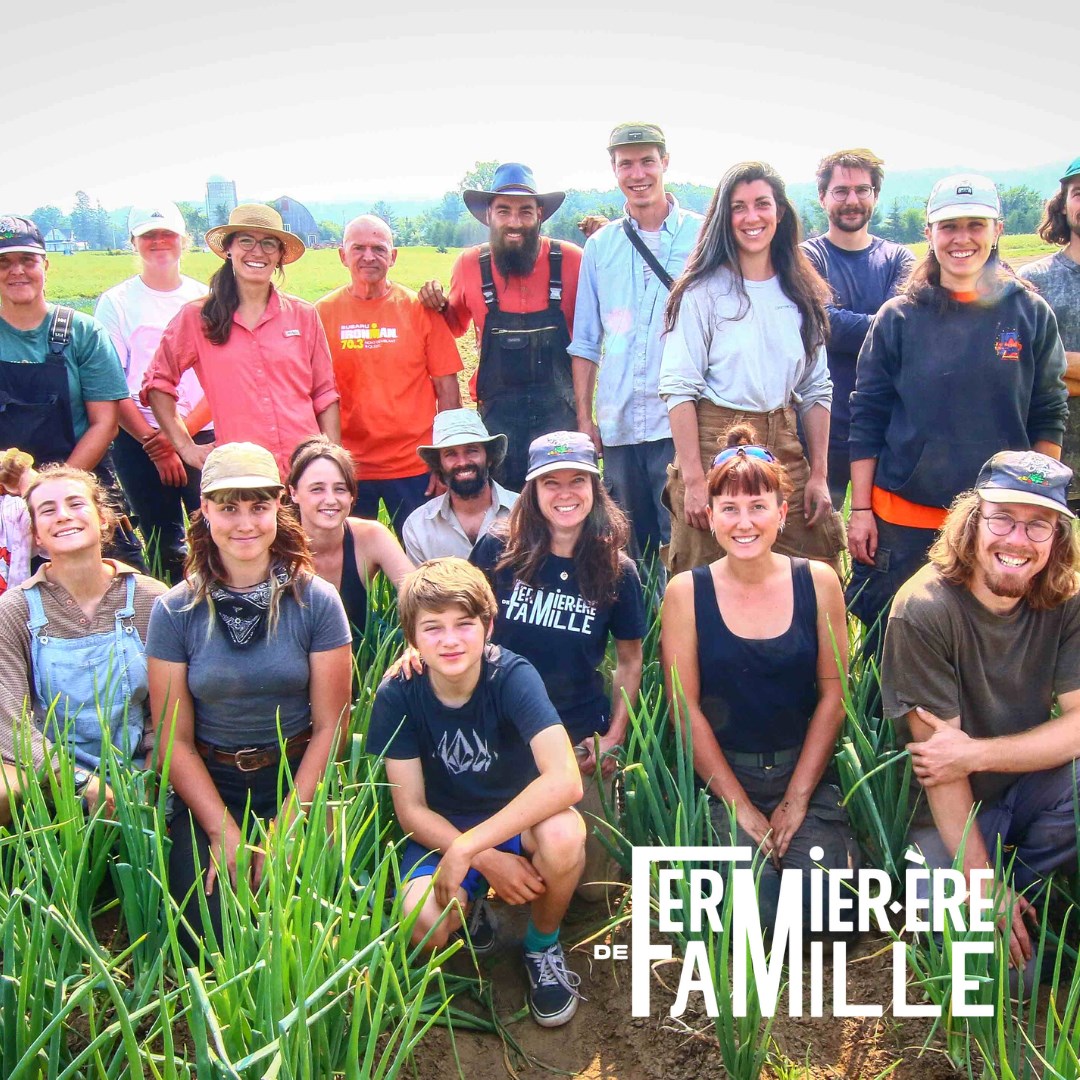 Beyond the word "organic" (already common among FFN farmers), what word best describes the agriculture you wish to see developed?

Connection. What drives me in my business is the connection with humans, the "local community" feeling. We need to get away from the big box stores that continue to get us more and more disconnected from nature. Farming needs to get closer to people, not further away. - Vincent

Proximity. EVERYTHING is based on proximity! The proximity between people who share a common interest (those who nurture it and those who feed on it) must continue to grow.  - Donald

Living. Agriculture must develop around the principles of the living, rather than by tearing everything down to establish itself, standardize and control. It must not represent a "dominance" over nature: this leads to sterility rather than to diversity, coexistence, and collaboration. The answer lies in more hardiness, perhaps even in re-wilding. - Mélina & François
Solidarity. The success of the FFN lies in valuing mutual support and cooperation rather than competition. There is a lot of generosity and knowledge sharing between farms: it increases the resilience of our systems and moves us forward, co-innovating and co-evolving. Solidarity must continue to grow between farms as well as between eaters. - Véronique
Inclusivity. It refers to positive relationships between people, and also to the idea of sitting together to enjoy a meal. Sitting down together as a community implies equity. Developing a more convivial agriculture means bringing more attention to farmers so that they work less in the shadows. There is a collective will to make it a more equitable profession, with a lighter mental load and better shared responsibilities, more attractive salaries, creative job opportunities, all of which would make agriculture more attractive... and inclusivity! - Caroline What does "regenerative agriculture" stand for to you?

Land organizations and agricultural practices that allow food systems to improve from year to year while ensuring that nature is preserved. This includes a sense of sustainability and the idea of having more resilient agricultural systems, based on the qualitative value of the environment in general.  - Vincent
A healing process. We heal a body when it’s sick - we must heal the soils depleted by conventional agriculture. But it goes further: we must also regenerate the wastelands that could be reused to feed people. We need to regenerate the social dynamics on the land and the links between people in rural communities. Regeneration in agriculture goes beyond agricultural practices. - Donald
An improvement of biodiversity and land quality aiming to increase nature's resilience to the changing climat and to mitigate its consequences. Only the living can create abundance: so the idea is to be inspired by the principles of Mother Earth, to observe and collaborate with nature rather than trying to control it. -Mélina & François
The antithesis of the word "exploitation". Yes, we must "harvest" to feed, but we must not "exploit". The goal is to grow food for our generation, but also for future ones. Regenerative agriculture therefore implies a long-term vision, with an emphasis on practices related to soil health. But this is only one element of agroecosystems. I like agroecology, which includes practices AND the social and political aspects of farming. It is a global, systemic, inclusive and sustainable approach.  - Véronique
Improving the natural mechanisms within agriculture, through practices that create healthy growing conditions (less tillage, increased biodiversity, etc.) for the development of the natural functions that the environment can provide. These practices are important, but the full extent of a food system is not taken into account if we do not include humans in the equation, which is what agroecology does. For example, a person in a precarious state (psychological, financial or otherwise) is not in a state that favors changes in practices, since their energy is focused on keeping their head above water. By being more concerned about the people who work in agriculture, by ensuring that they are happy and serene, we can create a context that is conducive to improving practices, developing environments and setting ambitious ecological targets. - Caroline 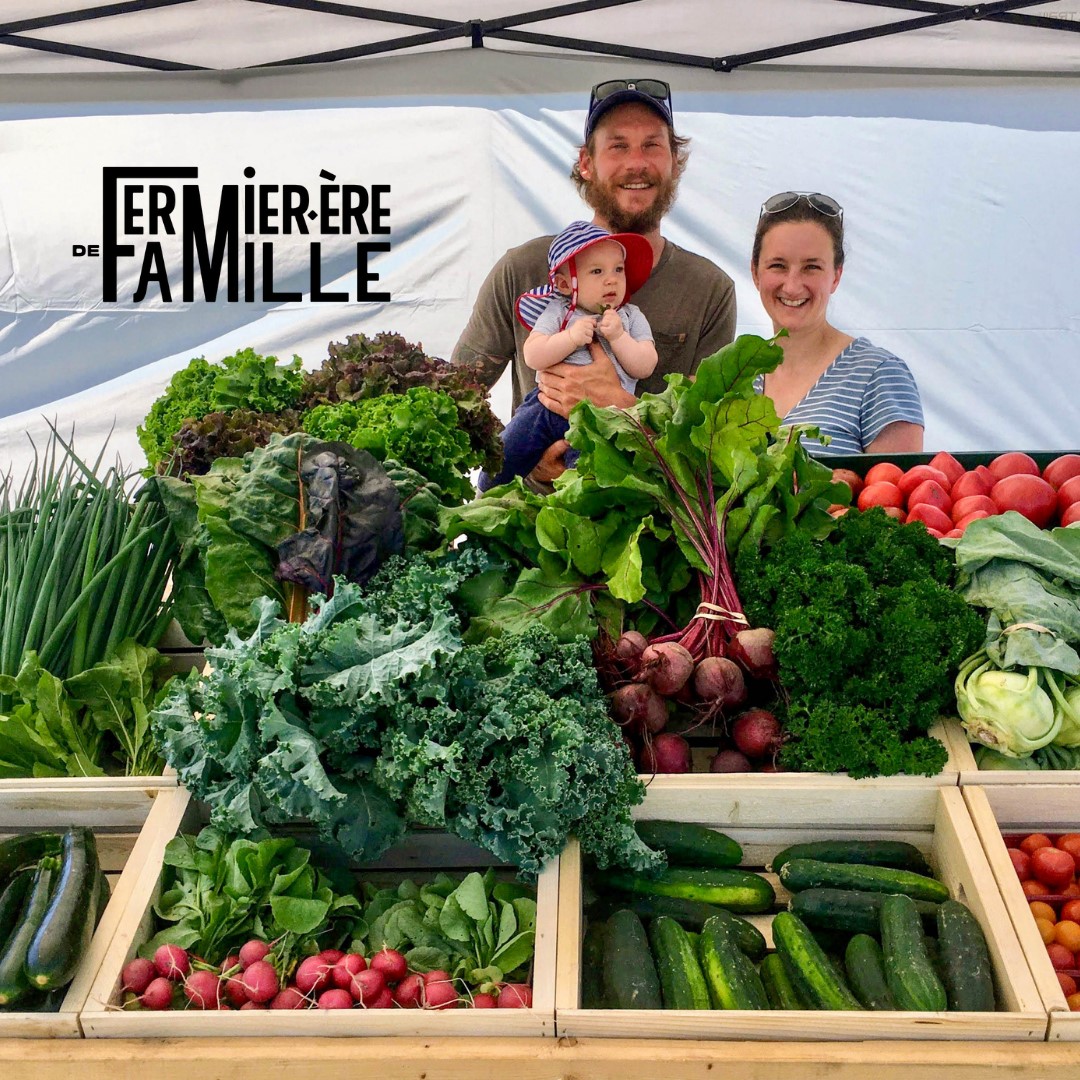 Agriculture needs to be more concerned about...

The quality of life of the farmers. Caring about agriculture is caring about the humans who are actually doing it. There is so much pressure to run a business and the burden is heavy on the farmers. We have to make sure they don't work 75 hours a week to feed people! This is often the case...sometimes at the expense of their own physical and mental health, to be told by people who work 40 hours that their tomatoes are expensive. It doesn't make sense. As a farmer, we must dare to put the right prices, and as a society, we must value not only the food, but ALL that was mobilized to grow it.  - Vincent

Rural areas. If we choose, as a society, to become more independent, we will have to turn to the rural areas because that is where the agricultural lands are, where our future food is. However, many rural communities are struggling, there is an exodus (especially from young people) which is deteriorating the social fabric. With climate change, it is likely that countries in the Southern hemisphere who are currently providing food will no longer be able to do so (or will no longer want to, keeping it for themselves). By the time imported cauliflower reaches $15, it will be too late to turn to these areas. - Donald
The bigger picture! Agriculture needs a global perspective, addressing its impacts on water, air, insects, humans, landscape, land access. Our collective future depends on how we treat the environment; it's astounding that this isn't a bigger priority for everyone! So the environment and agriculture need to be considered! Growing food is a great way to reconnect with food, the reality of farming, the environment and with the bigger picture.  - Mélina & François

Humility. This is a value that is sorely lacking in society. Humans have an oversized ego: they want to control, to possess. To better control, we tend to simplify, to break down, to reduce everything to nutrients, to compounds, to ingredients. Humility means accepting that nature does things much better than we ever could. A natural ecosystem is a magical balance. What we have to do is to nurture and support that balance! - Véronique
People. Starting with fair pay for the people who are growing the food. Low wages mean insecurity and difficulty retaining employees (requiring training every year). It seems realistic, however, to be creative in finding ways to build structural support for fair wages in all agricultural fields. This would make our farms more diversified and sustainable.  - Caroline 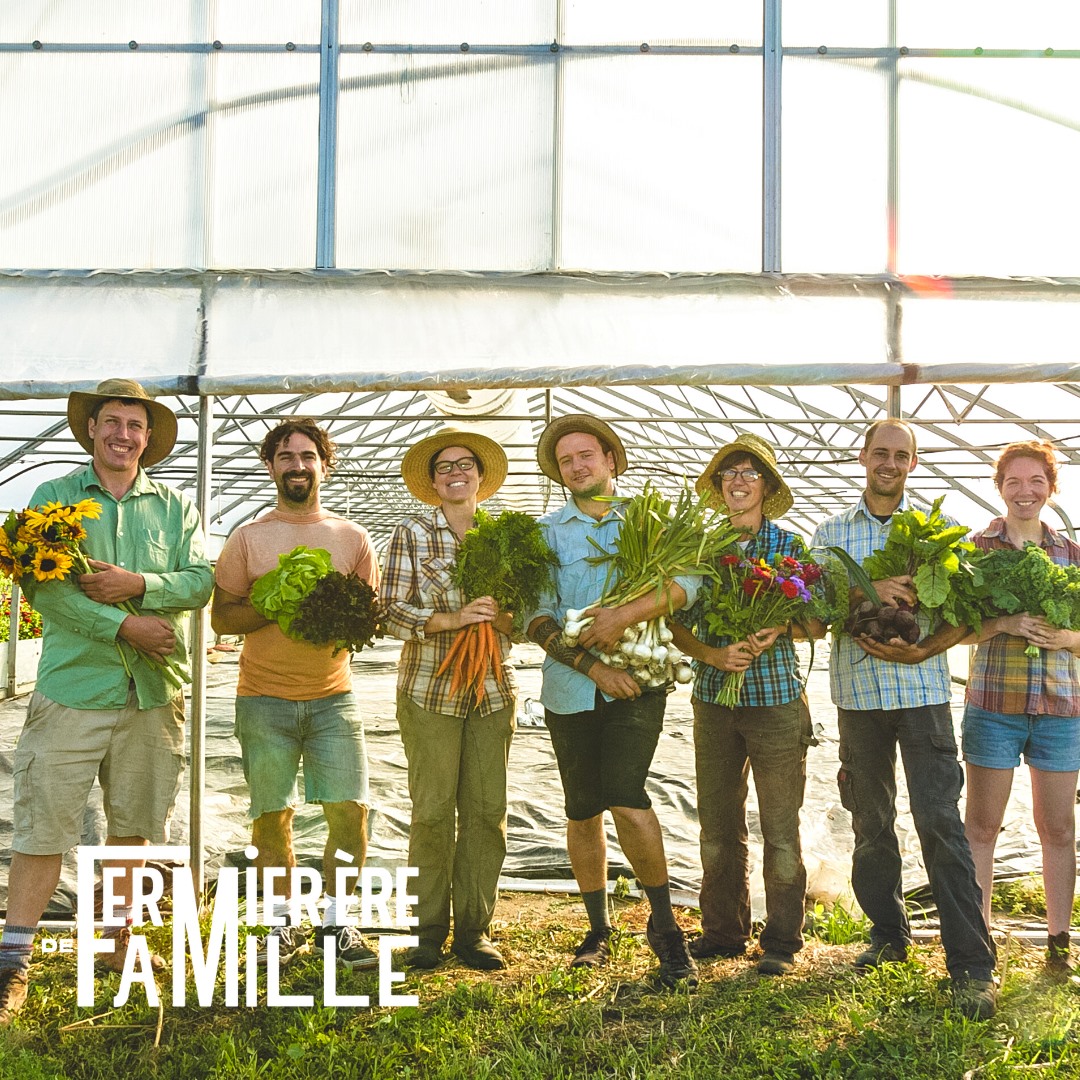 For the future of agriculture, I dream of...

More connection between people, agriculture and nature, and more respect for our (only!) planet. The future is neither GMOs, nor synthetic inputs, nor products made in laboratories, nor artificialization. It’s with the health of ecosystems, period. As growers, we live on the land and we transform our farms into an oasis of diversity for nature and people... as long as we can make a living out of it. Agriculture has the potential to become a leverage to prevent the planet from becoming an unsuitable place to live. But it can't fall on the shoulders of farmers alone: it takes more shared responsibility between growers and eaters. I dream of an agriculture that is looked at less in an individualistic way (focusing on the price of food, for example) and more in a collective way, as teamwork between those who eat, those who feed, and who, in doing so, take care of the diversity our future needs to exist.  - Vincent
Seeing food autonomy on a Quebec-wide scale becoming a societal project. If we had not nationalized electricity, it is the private sector that would be making money with energy today. We are now faced with the need to secure our food supply. We have the skills and we have the land with all the wastelands that we could own and put back into production. Why not dream of a state-owned company that could acquire these wastelands and invest in their restoration? In doing so, the State would fulfill its duty to preserve our "agricultural land capital" from speculation, ensuring our security in the context of climate change. Food autonomy is a necessary dream, which includes more citizens keeping growing expertise alive and reviving rural communities.  - Donald

The opposite of going to the supermarket for a better price! When the need to feed oneself is fulfilled by "others", people think less about it and therefore develop other needs. As farmers, we dream that agriculture will become the result of a collective work, where we care together for the land and what is harvested. We dream that the act of feeding ourselves is considered "sacred", a driving force of our lives, a collective experience.  - Mélina & François
That we get out of the consumer's orbit and individualism! Let's step out of the roles of "producers" and "consumers", and let's all see ourselves as citizens who have different parts to play in a collective journey towards an agriculture that can feed in the short, medium and long term. In other words, let's ALL be stakeholders of the ecological transition, and let's strive together. - Véronique
That it become socially acceptable to pay the right price for food and turn that into a point of pride! I also dream that we collectively set more ambitious goals. Why shouldn't organic agriculture be the most widely practiced? It's when we set ambitious goals that we provide ourselves with the means to achieve them.  - Caroline

A final word
These excerpts are only a glimpse into the thoughts and amazing work of those who are putting their hands in the Earth every day. I now invite you to continue these conversations with the farmers you meet!  During my conversation with Caroline Poirier, I told her how inspiring I found farmers, both in their actions and in their thinking. She replied, as if it were the most obvious thing in the world: "Nature inspires us". A beautiful final word.